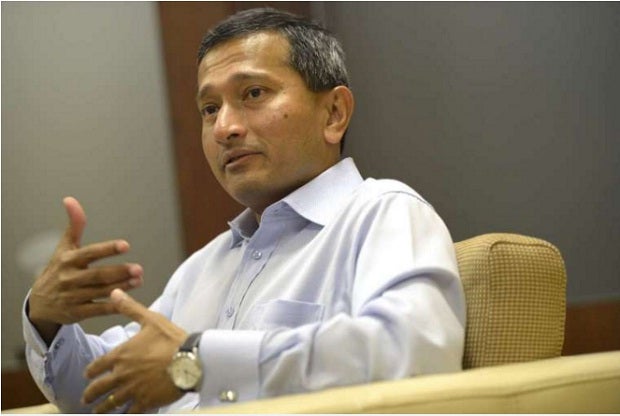 Singapore Minister for Foreign Affairs Vivian Balakrishnan said the occasion is a significant milestone for the 48-year-old grouping. The Straits Times/ANN

SINGAPORE—All 10 countries of Asean will officially usher in the Asean Community on Thursday (Dec 31), a landmark agreement that seeks to bring the region closer together through more trade, social uplift and by maintaining peace and stability.

Minister for Foreign Affairs Vivian Balakrishnan said the occasion is a significant milestone for the 48-year-old grouping, which has provided a stable environment for Singapore’s economic growth and grew people-to-people ties within Asean, a region of 625 million people.

By bringing down tariffs and other non-tariff barriers, the AEC aims to spur greater economic activity in the region and encourage the economies of the 10 member states to become more regionally integrated.

“The establishment of the AEC will contribute significantly to the region’s growth and create developmental opportunities for all,” said Dr Balakrishnan.

“It will give our people, especially the young, many more opportunities to succeed.”

“By expanding their operations beyond national boundaries to the wider region, they will be able to serve ASEAN’s growing middle class,” he said in a post on his Facebook wall.

Besides greater prosperity, the Asean Community seeks to strengthen security through greater cooperation on issues such as terrorism and maritime disputes, as well as grow an Asean identity over time through youth exchanges and other efforts.

The declaration of the Asean Community was officially signed by Prime Minister Lee Hsien Loong and the heads-of-state of the other nine member countries in Kuala Lumpur last month.

Even as the Asean Community comes into force, Dr. Balakrishnan noted the project is still a work-in-progress.

About 20 per cent of action lines in the existing AEC blueprint, for instance, remains to be implemented by many member countries.

“ASEAN’s community-building is a journey, not a destination. Let us continue to work together to deepen the ASEAN Community,” he said.