Filipino executed in Saudi after failure to pay victim’s kin 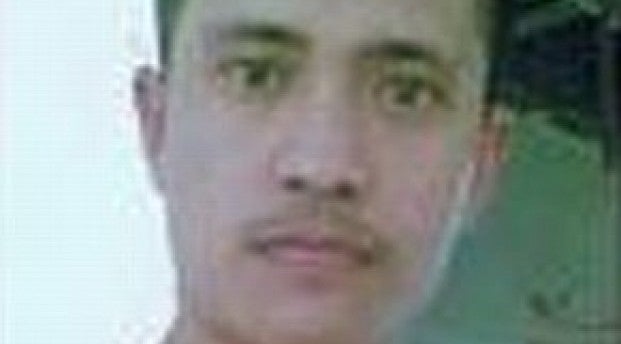 A 35-year-old Filipino was executed yesterday in Saudi Arabia five years after he was convicted of the murder with robbery of a Sudanese national, according to the Department of Foreign Affairs (DFA).

Executed by public beheading, according to The Associated Press, was Joselito Lidasan Zapanta.

“We offer our sincere condolences to his family and loved ones for their loss,” DFA spokesperson and Assistant Secretary Charles Jose said in a statement.

The DFA did not provide details of Zapanta’s case, stating only that he was convicted of murder with robbery on April 13, 2010, by the Riyadh Grand Court.

“He was sentenced to death after the family of the victim refused to execute an Affidavit of Forgiveness (Tanazul) in exchange for blood money,” Jose said.

He said the government had exerted all diplomatic and legal efforts, and extended consular and legal assistance to save the life of Zapanta.

Malacañang on Friday condoled with the family of Zapanta.

“Despite efforts to preserve his life, appeals for compassion and forgiveness were unheeded and his execution could not be forestalled further under the laws of Saudi Arabia,” Communications Secretary Herminio Coloma Jr. said in a statement.

Following Zapanta’s execution, the government called on Filipino nationals “to abide by the laws of their countries of work and residence.”

“Government will continue to extend all the necessary support and assistance to our citizens working or residing abroad, through our diplomatic posts,” Coloma said.

In a statement, Binay’s office said it had worked closely with the DFA to try and save Zapanta’s life, including writing a personal appeal to the King of Saudi Arabia.

“We likewise issued appeals for help in raising the blood money demanded by the family of his victim, in keeping with Saudi laws. Despite our best efforts, and the kindness and generosity of private individuals, the local government of Pampanga and nongovernment organizations, we were unable to raise the 4 million Saudi riyals demanded by the family,” Binay said.

Zapanta was found guilty of killing Sudanese national Saleh Imam Ibrahim with a hammer following a dispute, the Interior Ministry said in a statement published by the official SPA news agency.

Officials said his family and the Philippine government failed to meet the demand of the Sudanese victim’s family for payment of $1 million to save him from the death penalty.

Zapanta’s execution was carried out after only $488,000 (P23 million) was raised, Jose said, according to AP.

The victim’s family refused to sign an affidavit of forgiveness that would have spared Zapanta from the death penalty unless it was paid 48 million pesos ($1 million), setting a two-week deadline earlier this month for payment, Jose said.   With reports from Nikko Dizon, AP and AFP