Expat makes a mark in Madrid 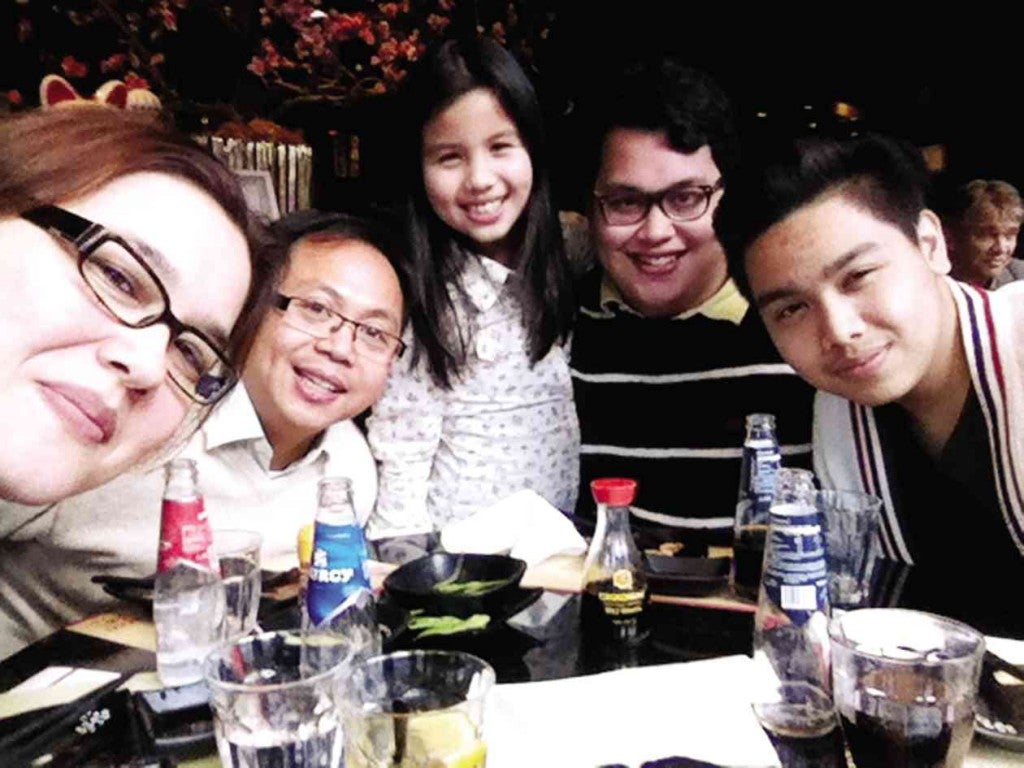 HIS Madrid customers whom he first talked to on the phone would think he was a typical Spanish businessman.

On meeting face-to-face, they would be surprised to see a Filipino-looking guy speaking with a real Madrileño accent. His flair was unmistakably Madrileño de Madriz with a “z.”

Francisco Reyes is a Filipino professional with 25 years of experience in finance, ICT (information and communication technology), retail, consumer electronics and communications acquired from working in Madrid and the Netherlands.

His business perspective is global, his portfolio, like any expat you would see in European economic community circles. Though he grew up mostly in Spain, he never lost his Filipino work ethics: patient, determined and hardworking.

Throughout his career, Reyes has always given his best to deliver what is expected, supported company strategies and led his team members to excel, not only in their jobs, but also in bringing some meaning to their lives.

When telecommunication companies and the Internet were taking shape in year 2000, Reyes and his Spanish wife Teresa (they have three children, two boys and a girl), packed their bags and decided to leave Madrid’s corporate banking scene, their bread and butter for 10 years.

In Amsterdam where they were offered lucrative jobs, the Reyeses worked for Cisco Systems, Nike, Alcatel/Lucent Technologies, Palo Alto and Huawei, multinational conglomerates with multibillion dollars in revenues and work force of thousands around the globe.

Francisco traveled around several continents while in the Dutch capital, doing business and managing teams in different locations and time zones, in the process acquiring multilingual skills and knowing diverse cultural backgrounds.

His expert knowledge in complete supply chain management led him to launch his own company, focusing on providing business services to European start-ups interested to expand their growth in Southeast Asia, and vice versa. 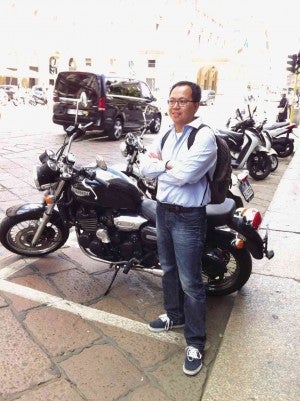 FRANCISCO REYES, an expat living in Madrid, Spain, believes that “everyone has an obligation to contribute to his family and help provide a better future for the generations to come.”

“My main role is to lead the complete ‘go-to-market strategy’ of the company and to ensure that all the right products are delivered at the right place at the right time.”

A little background on how he landed in Europe.

While attending a grade-school class in Lourdes School, Quezon City, Reyes found himself flying to an unknown place the next day. Little did he know, Spain would become his adopted country the moment he touched soil.

In Madrid, his life would begin to change. Here was a young boy transported to a new school (International Montessori), with new friends, language, weather, etc.

Reyes learned the Spanish language easily and merged into the Spanish system naturally. From elementary to high school to university, the transition went smoothly.

“We were a typical immigrant family, my parents were working hard, giving their best smiles, and providing all their support for the kids to cope with being a minority in a country that was not ours,” he recalls.

He describes his mother as a visionary and adventurous who had to leave him, his father and three sisters when she was petitioned by their grandmother to the US as immigrant in the late ’60s.

As a journalist in America, her mother traveled extensively to Europe, arriving in Madrid in 1972, a period of the last years of Francisco Franco’s dictatorial government.

At that time, Madrid was exciting, vibrant but politically agitated. Her mother had the chance to be part of that era, seeing with her own eyes how Spain’s history was being written.

When she returned to the Philippines, martial law was also unfolding in the country. Having experienced the same in Madrid from an outgoing dictator, her mother took him to Madrid together with her younger sister.

Though Reyes worked early on, it was not requested of him to provide some economical support at home. It just dawned on him that he wanted to contribute something to the family by being independent.

From all these, he learned the value of hard-earned money by working hard.

His first official job was for an independent news agency back in 1984. Passionate about filmmaking, he, too, tried his hand on video editing, became a cameraman and postproduction editor. He learned from scratch and at the same time completed mass communication at Universidad Autonoma de Barcelona.

Madrid’s corporate world would soon beckon. He would be directly involved in partner management, systems platforms, stock inventory among other things. Companies he worked for consistently reached 98-percent customer satisfaction in annual surveys.

“My current job in Amsterdam offers me a lot of flexibility and the company I am providing my services for at the moment is fiftythree.com, which developed the iPad pencil app and the stylus pencil, an awesome multiawarded product,” he proudly says.

Presently, he is doing significant progress in forming his own company, which he plans to launch at the start of year 2016. Having done market research, networking and talked to potential clients, he is very enthusiastic of his new endeavor.

Proud being a Filipino

Reyes thinks Filipinos can excel anywhere else in the world because of their nature. “Filipinos develop quite uniquely by taking the best of the cultures they are exposed to,” he says.

He makes it a point to remind himself that regardless of one’s origin, culture or position in life, one must not lose his real self. “When you’re being yourself and doing no harm to others, people give you respect,” he says.

He considers building an extensive network of contacts as an achievement as well as learning to develop a consistent learning attitude toward challenges and uncertainties.

“The moment I am faced with walls that block my path, I am quick in rethinking my contingency plans and taking the next most appropriate steps. Using common sense and instinct have helped me break the walls. Always leave your door open, you’ll never know,” he says.

A positive person, he always sees the bright side of things. He describes himself as a dreamer and achiever. The family man in Reyes enjoys the company of friends and loves to cook for them.

He loves sports. He was able to finish a full marathon in Amsterdam in October. When weather permits, he enjoys a simple motorbike ride. His motto in life: “Keep the engine running, hitting the highway, born to be alive. I can go slower, I can go faster, but I never quit.”

Reyes says, Filipinos can become world citizens by being productive.

“When Filipinos started migrating to the US and many parts of the world, many of those who remained in the Philippines stayed idle knowing that they would be fully supported by their families overseas. I think, everyone has an obligation to contribute to his family and help provide a better future for the generations to come,” he says.

He thinks most Filipinos have the ultimate goal of going back home when they have earned enough. “In general, I believe Filipinos have strong survival instinct,” he adds.

What would make Filipinos become successful abroad? His advice: “Be proud of who you are. Do not forget your heritage. Never forget where you started, where you are now and where you dream of being in the future.”

Is he ready to go back to the Philippines? I think the opportunities back home are appealing and challenging. “I want to contribute by sharing my knowledge and experience with our fellowman. I am pretty sure I can influence some Filipinos to step out and start new journeys.