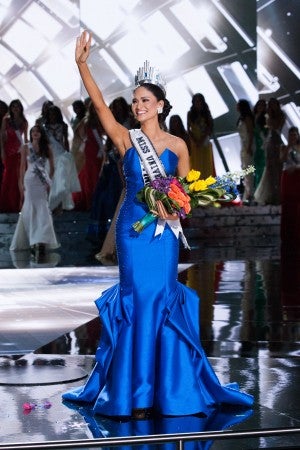 Outside on the Las Vegas strip, an unidentified woman rammed through pedestrians as she drove a four-door sedan on and off the sidewalk, injuring 32 and causing one death. Her motive wasn’t clear as of press time.

Ariadna Gutierrez of Colombia and the Philippines’ Pia Alonzo Wurtzbach became the subjects of a huge controversy when Harvey returned to the stage moments after declaring Miss Colombia as the winner, and announced that Gutierrez was actually the 1st runner-up and the Miss Universe 2015 crown in fact belonged to Miss Philippines.

“This is exactly what’s on the card,” Harvey told a stunned audience. “I will take responsibility for this. It was my mistake, horrible mistake. Please don’t hold it against the ladies. I feel so bad but it’s still a great night.” 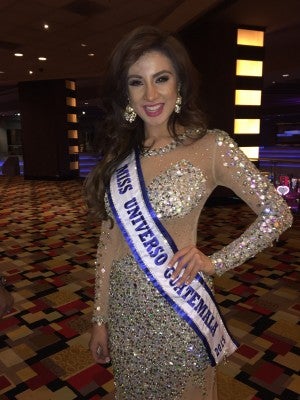 Miss Universe Guatemala: “As a Latina, I’ve rooted for Miss Colombia but I also cannot deny the fact that Miss Philippines is both beautiful and intelligent. Her personality is amazing.” PHOTO BY ELTON LUGAY/ INQUIRER

By then, Gutierrez was in full Miss Universe regalia at the center of the stage, as Paulina Vega had earlier happily turned over the crown and sash to her fellow Colombian. The moment she froze as Harvey’s announcement sunk in has been viewed countless times around the world, perhaps as frequently as the video of a dazed and confused Miss Philippines retracing her steps in a very awkward victory walk.

It may have been a great night for Wurtzbach, the Fil-Ams and the Philippines, but to Miss Colombia fans, the error was unforgivable. Loud jeers, boos and disapproval could be heard all throughout the auditorium as many could not contain their anger and frustration.

“There was this Latina who approached me, pointed her finger to my face and said, ‘Your lady has a fake butt, she doesn’t deserve to win’,” said Patrick Funcion, a hospital nurse in Queens, New York, who watched the pageant live in Las Vegas.

Rafael Alvino, a Guatemalan who works as a cashier at a Whole Foods store in San Francisco, had an issue with other parts of Wurtzbach’s anatomy. Warning this reporter not to be offended by his observation, he said: “I was sitting beside a Filipno guy and I heard him say, ‘Give us a chance because most of the time, Latinas win.’ And I totally agree but I want to say something and I hope I will not offend your community—I didn’t like the fact that Pia’s breasts and hips were enhanced.” 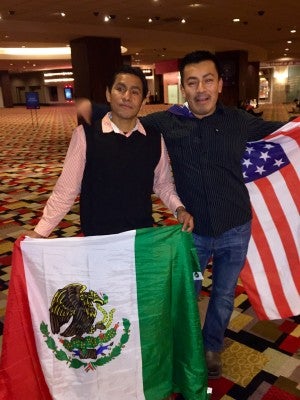 “Miss Philippines was very quiet, focused and didn’t want to entertain any distractions,” Aburto said in Spanish as her friend translated her statement to English. “Some have misinterpreted her to be not friendly, but I think maybe because she was very serious and concentrated at winning the whole thing. As a Latina, I’ve rooted for Miss Colombia, but I also cannot deny the fact that Miss Philippines is both beautiful and intelligent. Her personality is amazing.” 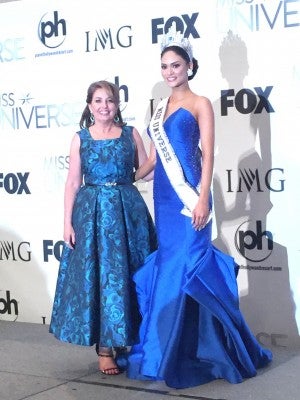 Meanwhile, pageant CEO Paula Shugart could not be prouder of the new face of Miss Universe. 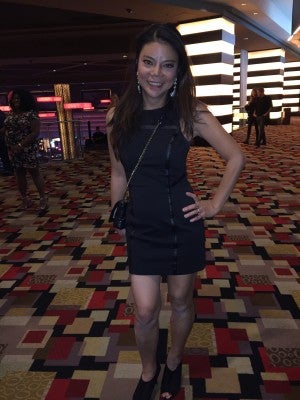 “She’s a great young woman,” she told INQUIRER.net on her way out of the venue. “I think she was great in the press conference. I want her to be able to focus on having a great reign. Miss Philippines has a huge fan base. Though it’s not a great way to start, but she’s a great woman and she’s the winner. I think she represents the Philippines and the Miss U organization very well.”

Contact lens and glutathione distributors Jesse Heroy, 31, and Leo Ortiz, 29, who traveled all the way from Manila, were happy that their trip to the Sin City was all worth it.

“Pia is spontaneous and she really embodied the persona of being a Miss U,” Heroy said. “She is definitely someone to look up to.”

“When Colombia was declared winner, we felt that there was something wrong,” he recalled. “There was no congratulatory confetti, the delegates were not approaching Miss Colombia. That’s why we waited and we were booing the results.”

“Nobody wants this mistake but dahil doon sa mistake na ‘yun hindi natin masyadong na feel na [because of that mistake, we weren’t able to savor the fact that] she’s the winner,” he explained. “She was robbed of the opportunity to feel that she’s the queen of the evening. [It] would have been better if she was awarded in the best manner possible.”

Bb. Pilipinas USA’s Eddie Liu was forgiving and did not blame Harvey for what happened. “I think what Steve did was really admirable to push himself to correct the mistake and not like mamaya na [I’ll take care of it later],” he said.

Thai-American Keana Bright, a U.S. Navy housing manager from San Diego, is convinced of Wurtzbach’s qualifications. “Especially when she answered the questions very concisely and straight to the point,” she noted.

“When Miss Philippines was declared 1st runner up, many had walked out,” Bright recalled. “I too was disappointed. And when Harvey announced his mistake, everyone was shocked. It was really hard for Miss Colombia and also Miss Philippines because both of them didn’t know what was going on, they didn’t know how to react. Miss Philippines of course can’t show that—she has to appear happy and satisfied.”

Over at the post-pageant press conference, Wurtzbach was accused of stealing the crown from Colombia.

But the unassuming Miss Universe 2015 remained calm, cool and collected. She was in fact very apologetic of the embarrassing episode.

“I felt joy that I won [but was also] concerned for Ariadna,” she told the reporters. “I would like to apologize because I was also very confused of what had happened because just like Miss Colombia, I was also a candidate of Miss Universe. And I would like to win also.”