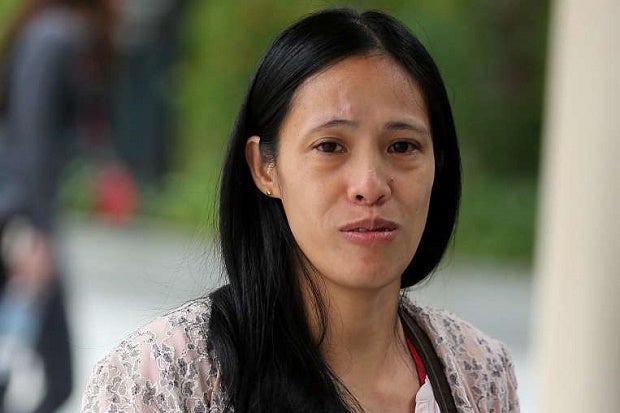 Senator Grace Poe condemned on Friday the reported maltreatment of a Filipina domestic helper in Singapore, saying no Filipino here or abroad deserves to be treated cruelly by an employer.

Poe was referring to the case of 40-year-old Thelma Oyasan Gawidan, who accused her employers of starving her for 15 months, causing her weight to drop to only 29 kg, or about the same weight of an average grade-schooler.

“The abuse of our workers is unacceptable. The government must take an active role in making sure distressed overseas Filipino workers (OFWs) get the support and protection they deserve,” the senator said in a statement.

“By providing all help urgently needed by our OFWs in abusive employment, we send a strong message to all destination countries that we will not tolerate the maltreatment of Filipino workers,” Poe added.

In her testimony before a Singaporean court, Gawidan said trader Lim Choon Hong and his wife Chong Sui Foon only fed her instant noodles and bread twice a day. She said her employers watched her every move and prevented her from talking to anyone, even to the extent of locking her phone in her luggage.

Gawidan said she was also forced to work at night, sometimes for more than 24 hours straight. However, she added that she was not given her salary or allowed to take any days off. According to Gawidan, her employers let her shower only twice a week and would escort her to a public toilet whenever she needed to relieve herself.

Poe said no Filipino should be uprooted from their families “only to endure such abuse and become victims of unfair labor practices abroad.”

“The government must intervene to protect migrant workers’ rights and preserve their welfare and dignity,” she said.

The senator then called on concerned government agencies, led by the Philippines Overseas Labor Office in Singapore to assist Gawidan as she goes on trial against her abusive employers.

“Every day, we hear about OFWs being abused or in crisis situations. We should be ready to assist them,” Poe said.

“Upon their arrival, our embassies and consulates abroad must make sure that OFWs know the services available to them so that they won’t feel helpless and deserted.”

Aside from OFWs who end up with abusive employers, Poe pointed out that there are at least 6,000 Filipinos detained abroad, 90 of them on death row. There were 1,665 victims of trafficking from 2000 to 2013.

“Our economy has greatly benefited from the sacrifices of our OFWs: almost 10 percent of our country’s gross domestic product comes from remittances. If our country cannot yet provide adequate opportunities here to encourage them to return home, at least let us make sure that they are safe, wherever they are in the world,” said Poe. RAM

WATCH: Gerald Anderson’s mom in tears after he surprises her with pickup truck