School now officially 1st in U.S. to be named after Fil-Am heroes 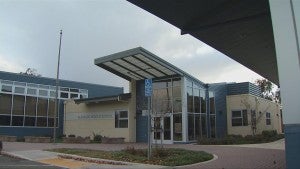 UNION CITY, California — A Union City school finally got its new name and made history.

On Friday, December 11, Alvarado Middle School was officially renamed Itliong-Vera Cruz Middle School. The name change makes the school, located on Alvarado Boulevard, the first in the country to be named in honor of Filipino Americans.

Larry Itliong and Philip Vera-Cruz were Filipino-American leaders, who helped organize the United Farm workers union in the 1960s.

A total of 38 percent of students living around the school are Filipino American. The name change came after passionate lobbying and mass actions by students and members of the Filipino community

Read Next
Food addicts recovery program at Alta Bates Summit Medical Center
EDITORS' PICK
Omicron variant detected in more countries as scientists race to find answers
Gov’t plans to open COVID-19 vaccination for 5- to 11-yr-olds by January 2022
A delightful blessing!
Villar Group gears up for AllValue Shopping Party on Dec. 3; around P 1-million promos and discounts up for grabs
Legarda: Ending Violence Against Women, a cause for all
Gov’t eyeing COVID-19 vaccine booster for essential workers, indigents by Dec. 10
MOST READ
Quiboloy warns of ‘much worse than Omicron virus’ if his ‘persecution’ is not stopped
Suspected Omicron cases mild, says leading S. Africa doctor
Bongbong Marcos’ conviction in tax case not a crime involving moral turpitude — lawyer
Marcoleta defends pol ads on ABS-CBN
Don't miss out on the latest news and information.