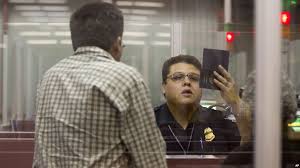 LOS ANGELES–The White House announced changes to a visa waiver program aimed at securely screening migrants from 38 nations not required to get visas before traveling to the U.S.

In light of the deadly Paris terror attacks in November that left 130 dead, the Department of Homeland Security (DHS) will now gather more information from travelers about past visits to countries, such as Syria and Iraq, the White House said on Monday, November 30.

The White House characterized the “enhancements” as “a move that would stymie terrorists who try to use lost or stolen passports to travel.”

“Where we have opportunities to make meaningful enhancements, we won’t hesitate,” White House spokesman Josh Earnest told reporters in Paris for the UN climate change summit. “We are clear-eyed about the stakes.”

Under the program, citizens of participating countries are allowed to travel to the U.S. without a visa for stays of 90 days or less if they meet certain requirements.

Supporters of the waiver program, which includes a cross-section of lawmakers from tourism-reliant states and the businesses that support them, have said the program offers an economic boost.

Opponents worry the program could serve as a backdoor for potential terrorists to travel to ISIS-run terrorist training camps in other countries, then travel back and forth from Europe, using the program to come to the U.S.

The federal changes were announced as the White House faces criticism and pushback from lawmakers in Congress against President Barack Obama’s plans to welcome an additional 10,000 Syrian refugees over the next fiscal year.

“As opposed to the rhetoric we have heard from the Republicans, the administration is offering it as an alternative…to rationalize and strengthen the programs that track persons so we have better information and can implement cautious policies,” said Julian Zelizer, a professor of history and public affairs at Princeton University, according to NBC News.

Though the polls have shown a majority of Americans who also oppose the plan, officials such as CIA Director John Brennan to Sen. Richard Burr (R-NC), the chairman of the Senate Intelligence committee and California Democrat Sen. Diane Feinstein, the committee’s ranking member, believe that the visa waiver program is a greater concern because it makes it much harder to keep track of potential terrorists and prevent attacks in the States.

As the administration works to address those concerns, DHS will also look at pilot programs for collecting biometric information, such as fingerprints from visa waiver travelers, the White House said in a statement.

A task force in the House of Representatives will meet this week to discuss details of the program, and hopes to craft legislation to pass “by the end of the year,” said House Majority Leader Rep. Kevin McCarthy (R-Calif).

McCarthy told reporters that lawmakers were “interested in requiring all countries in the waiver program to issue e-passports with chips and biometrics.” Another intended change would be to make sure that passengers were screened against a database of lost and stolen passports.