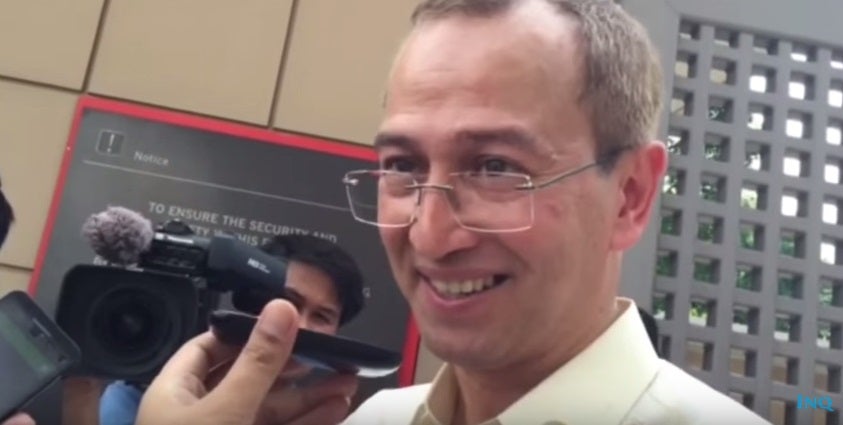 The religious sect Iglesia ni Cristo (INC) on Wednesday denied allegations by two former ministers that some of its officers maintained personal and unauthorized offshore bank accounts in the Cayman Islands or in Switzerland, and that its leaders were skimming cash off collections in the United States.

“We follow protocols for the deposit of cash collections. We also have very stringent audit procedures, otherwise the church would not be granted tax-exempt status by the US government,” INC spokesperson Edwil Zabala said in a statement.

Zabala challenged expelled ministers Isaias Samson Jr. and Vincent Florida to prove that the church had offshore accounts in the Cayman Islands and in Switzerland.

“We are willing to sign a waiver. If they can prove that any of our INC leaders have offshore accounts in the Cayman Islands or in Switzerland, they can have the cash in all of them,” Zabala said.

Samson, whose earlier complaint for serious illegal detention against the INC leaders was earlier dismissed by the Department of Justice, alleged that there were irregularities in the handling of the church’s funds in the United States.

He said that the standard practice was to deposit the collections in a bank to be accessed by the sect’s US main office in California.

Samson said the old system left a paper trail and was clean. Under the new system that was adopted in 2011, only bills below $100 were deposited in the bank, said Samson, a resident minister in the United States for 18 years and in Europe for two years.

He said INC members in the United States were shocked but remained obedient.

Some 100,000 INC members can be found in the United States, representing 3.3 percent of some 3 million members all over the world, mostly in the Philippines, according to Samson.

Members are obliged to give donations to the church.

Florida claimed that congregations were asked to convert cash collections into $100 bills and to turn over the money to district auditors.

He said only offerings in checks were deposited in the bank.

“The cash just disappeared,” said Florida, a US citizen and former minister in the INC Northern Virginia congregation.

“We’re talking millions of dollars from the congregations, with no paper trail. They’re circumventing the laws of the United States,” said Florida, who left the church in July amid charges of corruption in the sect and abduction of ministers critical of the INC leadership.

He alleged that INC executive minister Eduardo V. Manalo, general auditor Glicerio Santos Jr. and other INC leaders carried the cash on a private plane that they used for their regular pastoral visits to the United States.

Florida added that he received information that the plane, an Airbus, had flown the INC leaders to the Cayman Islands and Switzerland.

He has reported Manalo and Santos to the United States Internal Revenue Service (IRS) for alleged tax fraud.

Florida told the Inquirer last week that he filed his report in IRS form 3949A for failure to pay taxes. The IRS form is used for reporting suspected tax fraud, including false exemptions or deductions, kickbacks, false or altered document, failure to pay tax, unreported income and organized crime.

No case filed in court

However, IRS special agent Arlette Lee said no case had been filed against either Manalo or Santos in any US court, according to Zabala.

Zabala said that the INC could not remain silent in the face of what he described as “repeated defamatory statements” from Samson and Florida, who were expelled from the church last July.

“We are deeply saddened by the allegations of Mr. Samson and Mr. Florida. We wanted to refrain from commenting on their baseless accusations, as we do not wish to dignify any further attempts to subject the church to trial [in the] media. However, we owe it to our flock and the public to forthrightly respond to these incredulous allegations,” he added.

Zabala said the INC leadership and faithful would “continue to pray for the enlightenment of those who wish to sow division within our church.”

He also appealed to the public not to engage in further speculation “that serves no other purpose than to fuel hatred and discrimination.”

Zabala added that the INC leadership believes that in the end, the truth will prevail.

“Just as the government’s prosecution body has found Mr. Samson’s complaint for serious illegal detention without any basis, we are likewise confident that our leaders will be vindicated and that the truth shall prevail once more,” he said.

Samson claimed he was detained for being suspected as the blogger Antonio Ebangelista, who wrote on social media about corruption in the homegrown Christian sect.