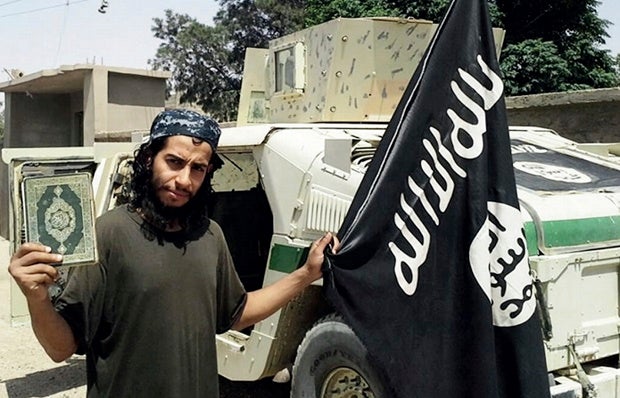 COTABATO CITY, Philippines – Mayor Japal Guiani Jr. is urging security agencies of government to act on reports that a group being linked to the Islamic State of Iraq and Syria (ISIS) here has been recruiting young men for the extremist group, despite military and police denials.

“I was told about this in the past and that information was confirmed with the deaths of armed men in Palimbang, three of whom were from Cotabato City,” Guiani said, referring to the November 27 clash in the town of Palimbang in Sultan Kudarat.

The military had reported recovering ISIS flags, along with high-powered firearms, in the aftermath of the clash with the armed men, who reportedly belonged to the Ansar Al-Khilafa Philippines.

Guiani said he was “alarmed and deeply disturbed” by the information he had received that at least 30 young residents have been recruited by the ISIS-inspired group.

He said based on the information he got, recruits from the city were promised daily food allowance and pocket money while undergoing bomb-making training in the hinterlands of Palimbang.

“This is alarming and that our security authorities should look into this seriously,” the mayor said, adding that so far, the group has already recruited more than 1,000 people from various areas of Central Mindanao.

Guiani said the group has been targeting minors, out-of-school youth and teenagers interested in reading the Koran.

He said some of the recruits had told their parents they would study Islamic theology in General Santos City and Sultan Kudarat.

Guiani urged parents here to closely monitor their children in the face of the “recruitment” activities of Ansar Al-Khalifa Philippines.

“Know the activities of your children. Monitor them in and out of school to prevent them from getting into the hands of fanatics,” he said.

Maj. Gen. Edmundo Pangilinan, commander of the 6th Infantry Division based in Maguindanao, told reporters over the weekend that police and military authorities have not found solid proof that ISIS has infiltrated his area of jurisdiction, which included the Sultan Kudarat province.

He said the presence of ISIS flags at the site of the clash was not enough for the military to conclude that ISIS has reached Mindanao.

Pangilinan said the armed men might have just idolized ISIS so much that they also decided to use the ISIS flag.

He said Ansar Al-Khalifa Philippines’ use of the ISIS flag could only be meant to draw national and global attention.  SFM