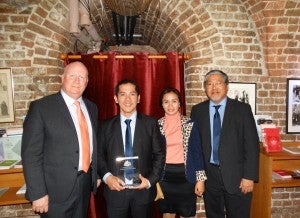 SAN FRANCISCO—A special panel of the International Maritime Organization (IMO) on November 19 in London cited a Filipino seaman for risking his own life in treacherous sea conditions to save the lone Australian sailor of a stricken boat.

Able Seaman Vicente Somera of the Philippines was conferred a Certificate of Commendation for his role in the rescue while the Master of crew of MV Lars Maersk were nominated for the IMO Award for Exceptional Bravery at Sea, according to the Australian Maritime Safety Authority (AMSA). 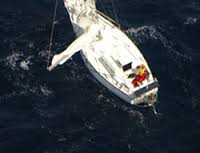 On September 4, 2014 Steve Collins, the captain of the Enya II which had experienced a significant fuel leak and damage to the main sail and boom, went overboard in treacherous sea conditions and total darkness as he tried to repair the leak. Collins was on a solo voyage from Australia to New Zealand. 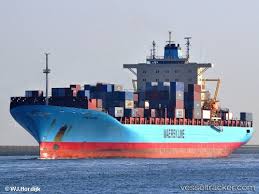 The master and crew of the Danish-flagged Lars Maersk worked for over three hours at night to rescue the sailor from the water, with Somera risking his life by voluntarily going down the ship’s side and shielding the sailor from the elements and a swinging ladder while helping him aboard.

AMSA Chief Executive Officer Mick Kinley, personally thanked Somera for his extraordinary efforts during the rescue. Somera’s wife, Lilibeth Somera, was also in attendance, along with diplomatic officials from the Philippines and senior officials of IMO, Maersk Line and AMSA.