Obama to host Asean leaders in 2016 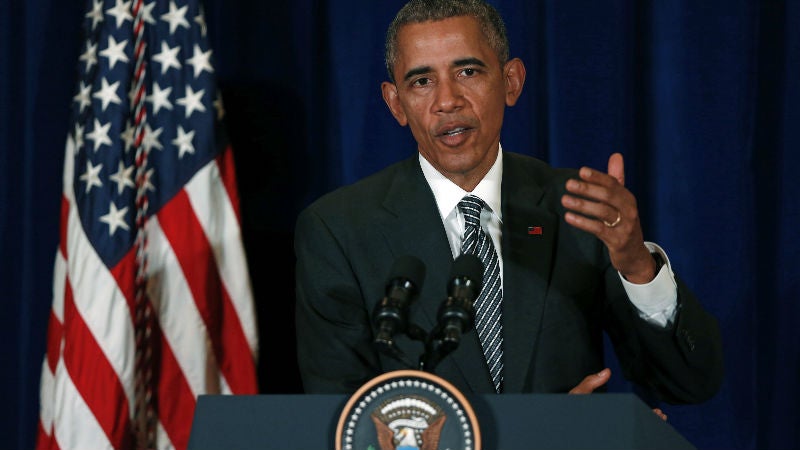 U.S. President Barack Obama speaks during a press conference in Kuala Lumpur, Malaysia, Sunday, Nov. 22, 2015. In Southeast Asia, Obama has taken a softer tone on human rights and corruption in a part of the world that rights groups claim is rife with abuses. (AP Photo/Lai Seng Sin)

KUALA LUMPUR—US President Barack Obama on Sunday said he would host the leaders of 10 Southeast Asian nations next year as he rejected accusations that the Middle East turmoil was distracting him from focusing on Asia.

Obama said he had invited leaders from the Association of Southeast Asian Nations (Asean) to the United States, insisting that good ties with Asian nations were “absolutely critical” to US security.

“I’m pleased they accepted and I look forward to continuing our work,” he said, speaking in Kuala Lumpur at the end of a marathon week of diplomacy that has taken in summits in Turkey, the Philippines and Malaysia.

Obama said his Asia tour, which had been initially overshadowed by terrorist attacks in France, Lebanon and Mali, was neither distracted by nor “somehow disconnected from pressing global events.”

“This region is not a distraction from the world’s central challenges but is critical to security, prosperity and human dignity around the world,” he said.

America’s self-styled “Pacific president,” Obama has been frustrated to see his stops in Malaysia and the Philippines— designed to highlight his stated refocus on Asia—overshadowed once again.

The invitation to Asean leaders comes after a week that has seen the United States and China repeatedly trade barbs over the tense maritime standoff in the South China Sea, as they jostle for influence in the rapidly developing Southeast Asian region. AFP