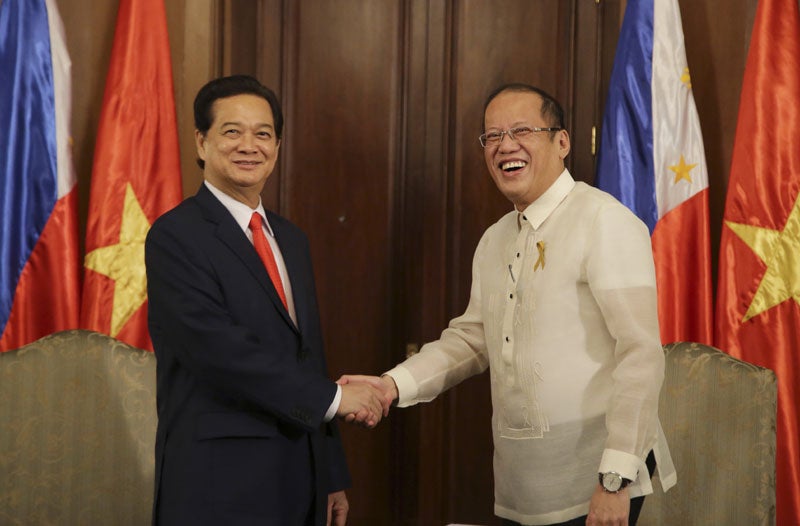 VIETNAM became a strategic ally of the Philippines last week with a new partnership agreement between the two countries sealed on the sidelines of the recently concluded Asia-Pacific Economic Cooperation (Apec) summit in Manila.

But what does it mean for the Philippines amid the rising tensions in the South China Sea?

Assistant Secretary Charles Jose, the Department of Foreign Affairs spokesperson, said the signing of the agreement was “a step further” in the relationship between the Philippines and Vietnam, which are both claimants to territories in the South China Sea and vocal in their opposition to China’s massive reclamation in the area.

Vietnam became the Philippines’ third strategic partner, after the United States and Japan.

In an earlier interview, maritime law expert Jay Batongbacal said the strategic alliance between the two South China Sea claimants could be a cause for worry for China.

Vietnam, he said, is stronger than the Philippines in terms of military strength and has demonstrated this in previous Chinese incursions into its territorial waters.

“They have demonstrated that they are much more willing to use it than us,” Batongbacal said, recounting the incident last year when China’s state-owned China National Offshore Oil Company moved an exploratory oil rig into Vietnam’s waters, which sparked a diplomatic crisis between the two countries.

Batongbacal noted that after the strategic partnership with the Philippines, the next logical step was for Vietnam to form alliances with Japan and the US.

Vietnam and the Philippines are both challenging China’s nine-dash line claim which encompasses almost the entire South China Sea. The Philippines stands to lose 80 percent of its exclusive economic zone as codified in the United Nations Convention on the Law of the Sea.

The Philippines challenged China before the international arbitration tribunal in The Hague, which Vietnam has supported in a position paper.

Under the agreement in the area of political cooperation, the two countries will “increase the frequency and diversify the modes of bilateral exchanges at all levels.”

In the area of defense, they agreed to intensify cooperation between their armed forces apart from sustaining regular meetings yearly.

A joint commission on maritime and ocean cooperation at the vice ministerial level once every two years will be convened.

The agreement also sealed the maritime cooperation of the two countries through joint activities in the South China Sea.