Filipino in Hawaii gets 1 year prison term for molesting boy 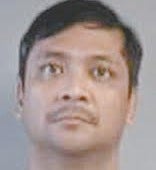 Ramil Duldulao, 44, of Maui, pleaded no contest to charge of sexual molestation of a 13-year-old boy.

SAN FRANCISCO–A Filipino in Maui, Hawaii, was sentenced to a year in prison and five years of probation for sexually molesting a 13-year-old boy during church services and functions.

According to Maui News, 44-year-old Ramil Duldulao pleaded no contest to a reduced charge of 3rd degree sexual assault. The incidents took place between October and November in 2013.

Duldulao, originally charged with continuous sexual assault of a minor, was ordered to attend sex offender treatment and register as a sex offender. A prosecutor described the case as a mix of “religion with the defendant’s warped sexual perversion.”

The incidents occurred between October and November 2013, when Duldulao’s family became close with the victim and his family as members of the Kingdom Hall of Jehovah’s Witnesses church in Kihei, according to court documents.

The families would spend time at each other’s homes and their sons became best friends, playing together often, camping and sharing meals.

Duldulao claims that the inappropriate touching sexual language were all a joke that would never happen again.