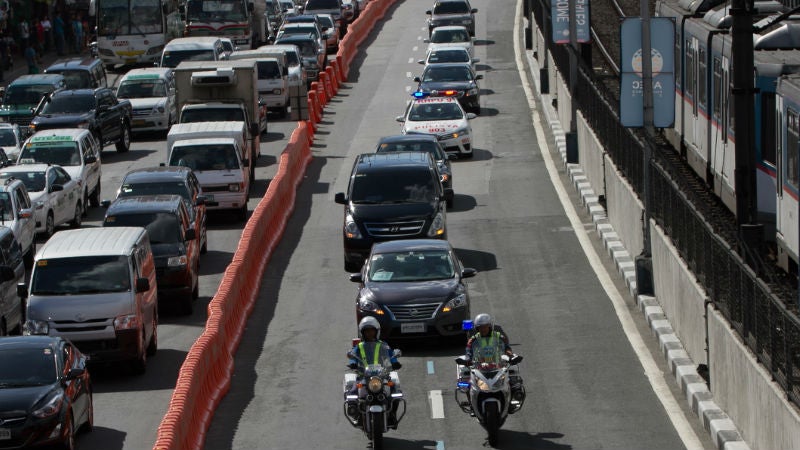 “TRAFFIC” and “sex” are two words seldom seen in one sentence, so when AirAsia Group CEO Tony Fernandes said that being in the only car on Roxas Boulevard on Monday was “like having sex,” expect netizens to react swiftly and facetiously.

“Yesterday (on Tuesday), I had an amazing dream, I was the only car on Roxas Boulevard. It was like having sex, you know, it was unbelievable. I want to applaud the Philippine organizers and the Philippines for an amazing transformation in this country,” Fernandes said at the Apec-CEO Summit held on Tuesday.

“By that, did @tonyfernandes mean it was quick or was he alone? Welcome to Manila, sir! Mabuhay!,” said netizen Lenrile.

“So what’s being stuck in traffic like? Coitus interruptus?” said netizen @unlawyer.

Fernandes’ description of his drive on Roxas Boulevard on Monday was tweeted on @InquirerBiz by reporter Paolo Montecillo. The

AirAsia group CEO was a speaker at the CEO Summit of the Asia-Pacific Economic Cooperation (Apec) forum at Makati Shangri-La Hotel.

Thousands of commuters were trapped on Coastal Road in Cavite on Monday after Roxas Boulevard was closed to traffic for security reasons. The boulevard, which faces Manila Bay, was also closed to promenaders and joggers during the duration of the Apec meeting from Nov. 16 to 20.

Bianka was more graphic in her tweet, saying that riding public conveyances everyday was also like sex. “…parang laging maririp yung hymen mo sa sakit (it’s an ordeal as painful as having your hymen ripped apart), ” she explained.

Most commuters had to walk under the noontime sun to get to their destination in Manila after the gridlock lasted for hours. Others returned to their homes, and vented their frustration on social media.

“So it means f—k you south people,” an angry netizen posted on Twitter, commenting on the closing of Roxas Boulevard to motorists and public vehicles that virtually cut off areas south of Manila, including Parañaque, Las Piñas and Cavite.

Malacañang said several roads were being blocked to motorists and commuters as a security precaution for the Apec leaders who had started arriving on Tuesday for their annual summit.

While other netizens reacted negatively to Fernandes’ comment, LavillaBD described the AirAsia CEO’s experience with one word: TRAFFIC-GASM. Reports from Ramon Royandoyan and Karl Angelica Ocampo