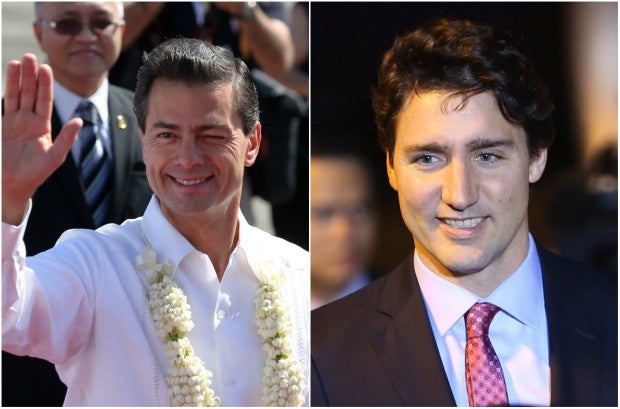 READ: Girls only have eyes for Trudeau, Nieto

Apparently, the two had met before during the G20 Summit held in Turkey.

On Twitter, Nieto (@epn) said he talked with Trudeau and vowed to strengthen ties with Canada.

“In the @G20Turkey2015, I met with the new PM of Canada, @JustinTrudeau. We agreed to start a new era in the Mexico-Canada relationship,” Nieto tweeted in Spanish.

Nieto also posted on Instagram (@penanieto) a photo with Trudeau during the summit.

The arrival of who netizens are calling the most handsome among APEC heads of state resulted in a divide on social media—Team Nieto or Team Trudeau.

Because of the divide, the hashtag #ApecHottie trended on Twitter. #APECBae is also being used by clever users when mentioning the two.