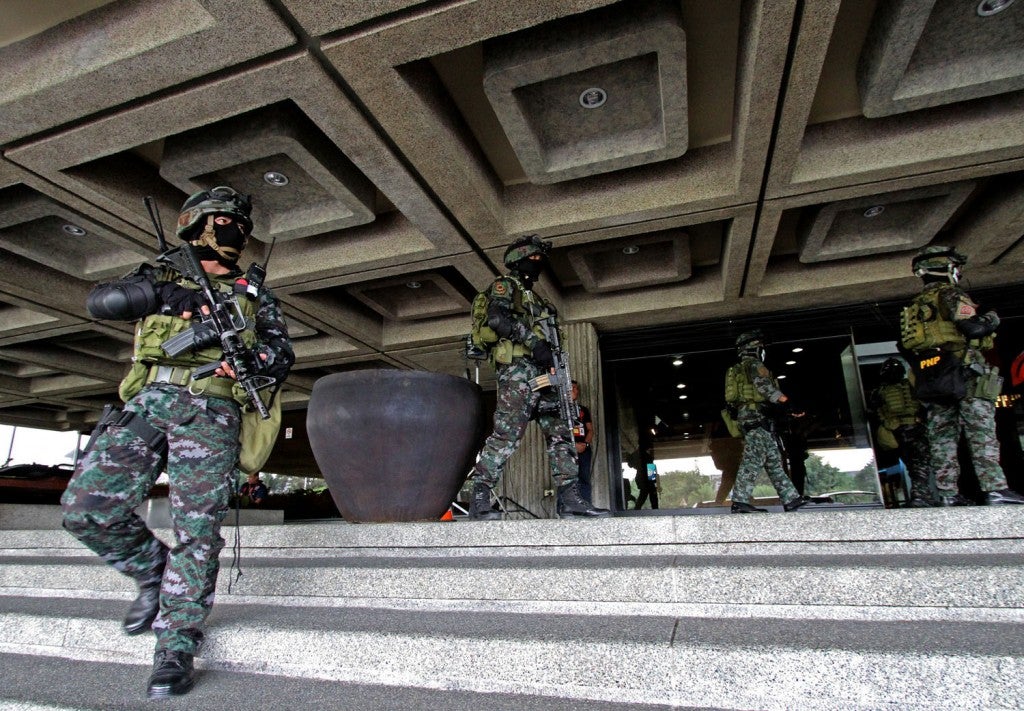 No leaders, as of press time, who earlier confirmed their attendance at the Asia-Pacific Economic Cooperation (Apec) Leaders’ Meeting have backed out after the Paris attacks.

The leaders of Indonesia, Russia and Taiwan, who will not be attending the summit, will be sending their representatives.

Deputy presidential spokesperson Abigail Valte said that Obama will not be accompanied by his wife Michelle, who similarly did not come with her husband when the US President made a state visit to Manila last year.

The wife of the Chinese President will not be joining him either, Valte said.

Military and police forces went on the highest alert on Saturday following the deadly attacks in Paris as officials vowed “higher security” for world leaders coming for the Apec summit next week.

“There is no credible threat registered at this time, but let us all be cooperative and vigilant,” President Aquino said in a statement, also expressing solidarity with France and outrage over the attacks that killed at least 127 people.

The Armed Forces put all their forces on “full alert” on Saturday, hours after a similar announcement by the Philippine National Police raising the alert for all PNP units nationwide in support of the full alert status already in effect since Thursday in Metro Manila for the Apec meetings.

“The alert status was raised as a matter of procedure following any international terrorist incident such as this morning’s terrorist attacks in Paris,” said Armed Forces of the Philippines spokesperson Col. Restituto Padilla in a statement.

“Apec security planners are now seriously looking into this recent incident to ensure our security preparations are appropriately upgraded,” he said.

Asked about the implications of the Paris attacks on the Apec summit, Foreign Affairs Undersecretary Laura del Rosario, a member of the organizing committee, told Agence France-Presse (AFP) by text: “Higher security.”

“There is nothing to worry [about]. The situation is under control,” said Department of Foreign Affairs spokespeprson Charles Jose.

“Our security officials are monitoring and assessing the situation. We are taking necessary precautions to ensure the safety, security and well-being of all delegates … especially the economic leaders,” Jose said.

Security forces conducted a mock terrorist attack and response at the Apec venue on Saturday, with about a hundred special forces troops jumping out of a military helicopter and storming the building.

Other members of the security forces lay on the pavement outside the Philippine International Convention Center, acting out the role of bloodied civilian casualties.

Marines also deployed antiaircraft guns and riot police around the summit venue as authorities conducted a full rehearsal of the visiting leaders’ motorcades traveling between the summit venues and their hotels.

PNP Chief Director General Ricardo Marquez, who heads the Apec security task force, said extra security steps, including a gun ban in metropolitan Manila, will reinforce the security of thousands of delegates, including 19 heads of state and government, attending the Apec summit at a convention complex by Manila Bay.

“No specific threat has been monitored anywhere in the country, but target-hardening measures on vital installations, particularly airports, seaports, train stations and other public areas have been further elevated to maximize deterrence against unforeseen events,” said PNP spokesperson Chief Supt. Wilben Mayor.

Intelligence sources said that while at least a thousand foreigners will be joining street protests during the Apec meetings, “no alarming reports were caught in intelligence chatter (sic).”

“No change in our monitoring of possible threats during Apec except for foreigners who will participate in street rallies,” the source said.

These foreigners joining street protests are considered “harmless, but loud and noisy,” he said.

Mayor, who is the Apec security task force spokesperson, explained that the nationwide alert upgrade was a means to “strengthen the peripheries” of Metro Manila, as well as a “routine procedure under similar situations involving international security concerns.”

PNP director for operations Jonathan Miano said more than 32,000 personnel from various agencies have been deployed under the Apec security task group. With reports from AFP, AP and Nancy Carvajal