Cheated care workers in California to get $200K in back wages

ORANGE COUNTY, California –More than a dozen workers at six residential care facilities, whose employer claimed they were “care-partners” or business partners and were illegally denied pay and benefits as employees, will be paid more than $45,000 in back wages for minimum wage violations and more than $150,000 for overtime violations.

An investigation by the U.S. Department of Labor’s Wage and Hour Division found that Agape Cottages misclassified its 17 employees as “care partners” or business partners, rather than employees and treated them as though they had none of the legal rights they are entitled to as employees under the Fair Labor Standards Act and other labor laws. 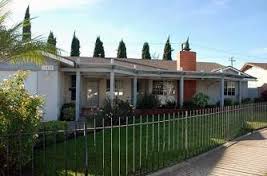 An Agape Cottages facility in Placentia, California. The firm must pay misclassified workers hundreds of thousands of dollars in back wages.

Six of the company’s residential care facilities in Placentia, Fullerton and Santa Ana were found to have violated the minimum wage and overtime provisions of the FLSA and made their workers economically dependent on the employer.

“These hard-working men and women, who tend to some of society’s most vulnerable people, struggle to make ends meet when they are not paid what is legally required,” said Rodolfo Cortez, San Diego Wage and Hour Division district director. “Misclassifying and underpaying harms not only the workers and their families, but gives lawbreakers a competitive advantage.”

Cortez said further: “We continue to find facility owners who devise ways to deny live-in workers their rightful wages, such as setting up a limited liability company and calling the workers ‘owners’, or treating employees as independent contractors. The Wage and Hour Division will use every tool we have to ensure workers receive the wages they have earned, and to level the playing field for employers.”

Whether a worker is an employee under the FLSA is a legal question determined by the economic realities of the working relationship between the employer and the worker, not by job title or any agreement that the parties may make.

The Wage and Hour Division often finds misclassification in a variety of low-wage industries, including health care, hotels and construction. The misclassification of employees as independent contractors presents a serious problem for affected employees, employers and the economy.

Misclassified employees often are denied access to critical benefits and protections – such as family and medical leave, overtime, minimum wage and Unemployment Insurance – to which they are entitled.

Employee misclassification generates substantial losses to the U.S. Treasury and the Social Security and Medicare funds, as well as to state Unemployment Insurance and workers’ compensation funds.

Misclassification also creates a competitive disadvantage for employers who comply with the law. Wage and Hour Division Administrator Dr. David Weil issued official guidance to employers about the misclassification of workers and the FLSA.

The FLSA requires that covered, nonexempt employees be paid at least the federal minimum wage of $7.25 per hour, as well as time and one-half regular rates for every hour worked beyond 40 per workweek.

The FLSA also prohibits employers from retaliating against employees for exercising their rights and requires employers to maintain accurate records of wages paid and hours worked.

For more information about the FLSA, call the Wage and Hour Division’s toll-free helpline at 866-4US-WAGE (487-9243). Information also is available at http://www.dol.gov/whd.