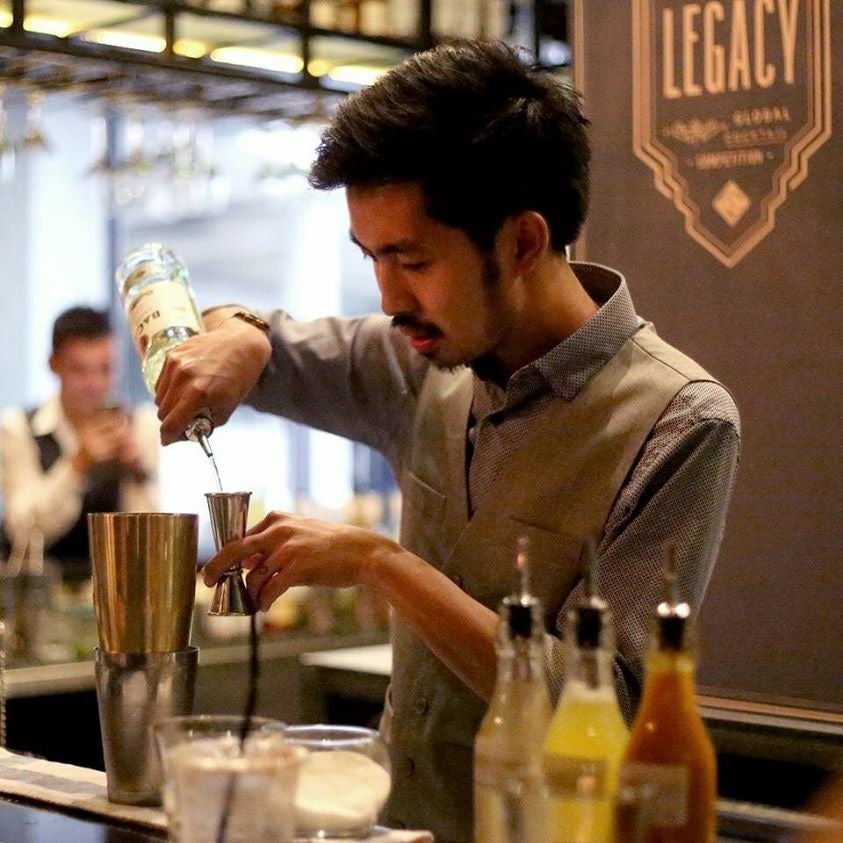 Adonis Endozo Reyes is one of the top five finalists in the Singapore leg of the 2016 Bacardi Legacy cocktail competition.

For Adonis Endozo Reyes, landing on the top five in an international cocktail-making competition means an opportunity for him to promote his Filipino background.

“I wanted to create a cocktail that is easy to replicate, with ingredients that are available on hand, and is connected to my childhood,” Reyes, 27, a bartender in Singapore, told Inquirer.net in an email interview.

The top five, including Reyes, was shortlisted from a pool of 61 participants. The Singapore finals, to be held in March 2016, will then select the contender who will compete in San Francisco, United States, for the worldwide championship in May.

Calling his signature cocktail the “Tanggero,” Reyes said it was inspired by memories of drinking sessions with friends during his younger days at Balisong, Taal, in Batangas province.

Tanggero has a special meaning for him, according to Reyes. “Bacardi originated in Cuba, and their national language is Spanish,” he noted. “Although Tanggero sounds very Hispanic, it is a Filipino word which describes a drinking session with friends,” he said.

In Filipino, the tanggero is in charge of the tagay, or the liquor shot passed around among friends.

“During my younger days when my friends and I wanted to have a drinking session, we would pool our money to get the most easily available drink,” Reyes recounted. “As we had a small budget, we would sometimes pick mangoes from our neighbor’s tree. Then we would peel it, slice it thinly and dip it in salt and chili, which we found paired very well with our drink.”

These three ingredients, he said, eventually found their way into his winning cocktail creation.

One of the major criteria for the drink to be considered a classic, as per competition rules, is that it has to be easy to recreate using ingredients that are readily available. 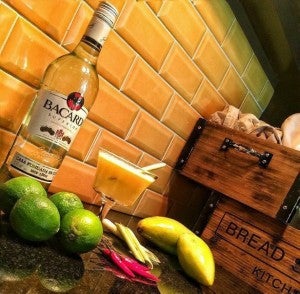 Reyes shared with Inquirer.net his cocktail recipe and instructions on how to prepare it:

“Shake, double strain and garnish with lemongrass stick, with both tips sliced and muddled to release the aroma,” he said.

Reyes, who had been working abroad since 2007, started as an apprentice at Raffles Hotel Singapore. “It was a great experience being part of the beverage team where I learned to mix the famous Singapore Sling that originated at that hotel,” he said.

He returned to the Philippines to finish his hotel and restaurant management course at Lyceum of the Philippines–Batangas, after which he went back to Singapore.

“Despite the global recession during that time, I’m glad that I was able to find work as a service staff in a casual dining establishment within the city area,” he said. “I moved to an Australian pub subsequently where I learned the basics behind the bar.”

Reyes said his breakthrough came in 2011 when he had the opportunity to work at Marina Bay Sands, where he was employed at celebrity chef restaurant db Bistro & Oyster Bar as a bartender for four years.

“The experience helped me develop deep knowledge and skills in the food and beverage industry,” he said. “The beverage team went through intensive training programs and was also encouraged to do self-study to improve ourselves.”

Reyes said he was hesitant to join the contest at first. “I hesitated initially as I never had any experience with cocktail competitions and was not confident of my skills,” he said as he thanked his bar manager, William Pravda, for encouraging him. “With William’s persuasion and encouragement, I finally decided to join the competition and started gathering inspiration for the cocktail recipe.”

What sets his cocktail apart from the rest? “Tanggero isn’t just a drink, it’s a life story and it is my legacy,” he said.

“This global competition has brought out the untamable spirit in me,” Reyes added as he offered an advice: “To all those who have never thought of participating in any contest, don’t be afraid. With each challenge comes a new experience where you will grow.” 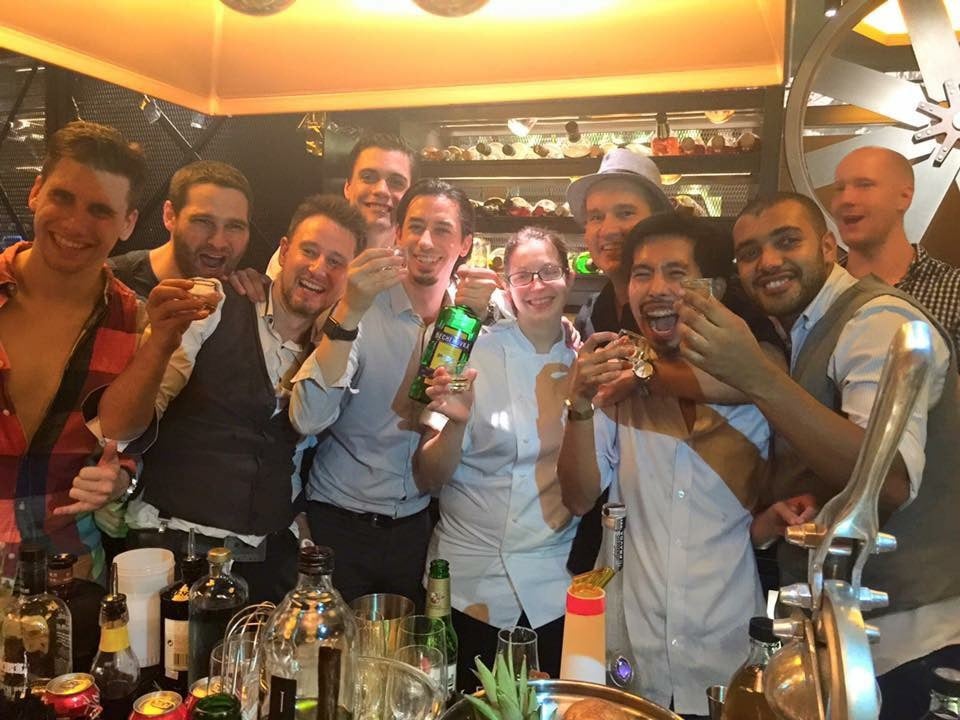 Reyes (third from right) shares a light moment with his friends in the bar community in Singapore at Bread Street Kitchen. CONTRIBUTED PHOTOS