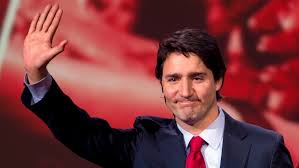 SAN FRANCISCO—Canada dealt a big blow to incumbent conservatives by voting in its first new leader in nearly a decade in a general election that gave Justin Trudeau’s Liberal party an absolute majority. This is good news for immigrants.

The number of immigrant parents and grandparents allowed into Canada under the PGP program is limited to 5,000 per year, imposed by the Harper government, which claimed that older immigrants place a burden on Canada’s health-care system.

But Liberal leader Trudeau says that reuniting families was an important help to middle class families, with older relatives often assisting young parents by helping out with tasks such as child care, allowing them to go to work and save money on child day care costs.

Liberals have also promised to double the budget for processing applications under the parents and grandparents (PGP) program, which will significantly reduce the current multiyear wait times for immigration applicants.

The Liberals also promise to grant the spouses of immigrant’s permanent resident status as soon as they arrive in Canada. Currently, spouses receive conditional visas and must wait two years before qualifying for Canadian permanent residence.

The Liberals pledge to raise the maximum age for dependents of immigrants from 19 to 22, reverting back to the previous criteria, making it easier for the older children of immigrants to enter into Canada as accompanying dependants.

Trudeau also said he would repeal some aspects of the highly controversial Bill C-24, known as the Strengthening Canadian Citizenship Act, which critics assert creates a two-tiered citizenship system and violates the Charter of Rights and Freedoms.  These claims are currently being challenged in Federal Court, according to Immigration.Canada.