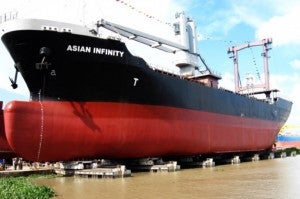 SAN FRANCISCO–The Filipino third officer of the small Japanese general cargo vessel Asian Infinity fell to his death late on the night of October 16 at Soma port on the west coast of Honshu, Japan.

The Filipino seafarer, whose name was not released, was checking holds after the ship had finished offloading when he fell into the hold. He was rushed to hospital with severe head injuries and was declared dead two hours later.

The registered operator of the Panama-flagged ship, according to Equasis, is Unitra Maritime.