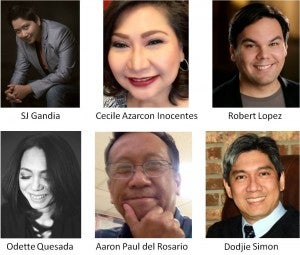 LOS ANGELES–Renowned U.S.-based Filipino composers will be saluted by the Filipino American Symphony Orchestra (FASO) in its next concert on November 14.

Among the composers to be celebrated are Oscar-winner Robert Lopez (“Let It Go”), Cecile Azarcon (“Lift Up Your Hands”), Odette Quesada (“Give Me a Chance” and “Till I Met You”), SJ Gandia (“Tayo ay Pilipino” and “Hanggang Huli’y Ikaw”), Aaron Paul del Rosario (“Minsan Lang Kitang Iibigin”) and Dodjie Simon (“Tatak ng Pilipino” and “Ikaw Lamang”).

Most of these celebrated and award-winning songwriters are expected to grace “FASO Goes Pops!” at the landmark Alex Theater in Glendale.

“There’s a certain FASO fever. ‘It’s almost like an addiction,’ a friend of mine, a recent FASO fan convert, put it. Once you get it, you keep wanting for more!” said FASO board president Arlene Ferrolino.

She said further: “Past FASO concerts of various themes have kept audiences excited, thrilled and always clamoring for more. ‘FASO Goes Pops!’ will not disappoint. Staying true to its vision of being the vehicle for artistic excellence in the Filipino community and being an avenue of growth in helping to develop love and pride of Filipino music, this concert will feature the best of Filipino-American talents.”

Ferrolino also said, “Interestingly, as I’ve spoken to new FASO fans, those who listened to FASO for the first time. I’ve found that invariably, they have heard good things about FASO beforehand. When they had the opportunity to listen, they were not only pleased with what they saw and heard. They told me that it was, indeed, far beyond their expectations. I’m sure that whether you’re a seasoned FASO fan, a recent FASO follower or a first-time supporter, ‘FASO Goes Pops!’ will be an unforgettable musical experience for you.”

The only Filipino symphony orchestra outside of the Philippines is once more giving exposure and boost to deserving young singers. After three rounds of auditions, a line-up of outstanding performers, some of whom are as young as 8 years old, will get a chance to sing memorable pop songs with the beloved orchestra. 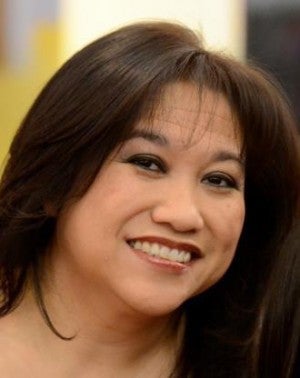 “FASO Goes Pops!” is sponsored by Island Pacific Supermarket and SMART World Mobile. The show is for the benefit of FASO, a non-profit organization, to sustain the orchestra as it continues to serve the community with performances, and its youth programs, which include the summer music camp.

Tickets to the show on Nov. 14, 7:00 p.m., are now available online: http://www.alextheatre.org/event/faso-presents-faso-goes-pops.

Read Next
Exhibit-confab to be a reminder of Fil-Allied heroism in WWII
EDITORS' PICK
Comelec approves extension of voter registration to end-October
Legarda Bats for Improved Benefits for Military and Uniformed Personnel
Ong stays in detention till Christmas if he won’t cooperate in Pharmally probe – Lacson
4 essentials for overcoming data protection challenges in the New Normal
Comelec heeding clamor for longer voter registration
UnionBank: Pioneering innovations towards a brighter future for MSMEs
MOST READ
Lacson, Sotto: Duterte barked up the wrong tree, DPWH chose Senate building contractor
Eheads reunion if Leni runs? Pangilinan jokes Robredo may file bid at once if true
Comelec approves extension of voter registration to end-October
Gambling culture
Don't miss out on the latest news and information.