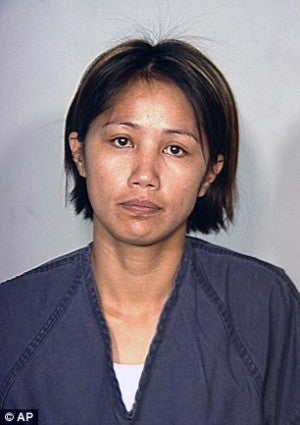 LAS VEGAS — A mother of four children sobbed and pleaded guilty Thursday, October 1, in Las Vegas to plotting with her ex-convict boyfriend and killing her husband, a U.S. Air Force service member from Guam, to collect his life insurance.

Prosecutors took the death penalty off the table and Michelle Antwanette Paet, 33 avoided a trial with her pleas to conspiracy and murder with a deadly weapon in the December 2010 slaying of Staff Sgt. Nathan Paet.

Before being led from the courtroom, she apologized and asked forgiveness from family members of her slain husband.

Nathan Paet’s mother, Carmelita Paet, said outside the courtroom that she accepted the apology, but it doesn’t bring her son back.

“According to the law and God’s law, she killed another human being,” Carmelita Paet said. 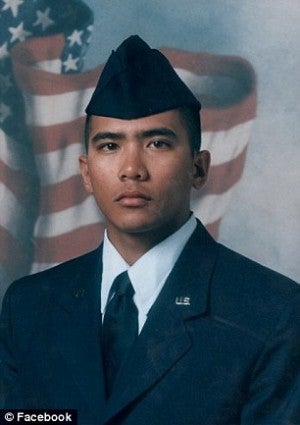 THE VICTIM, U.S. Air Force Staff Sgt. Nathan Paet from Guam, was not aware his wife was having an affair. FACEBOOK

Clark County District Court Judge Douglas Herndon could sentence Michelle Paet to life in prison without parole or give her the possibility of release after 21 years. Sentencing was set December 14.

Prosecutors Michelle Fleck and Frank Coumou said they plan to take testimony at the hearing from people affected by the slaying.

Michelle Paet’s former boyfriend, Michael Rudolph Rodriguez, 36, will get life in prison without parole when he’s sentenced separately. He was found guilty Sept. 25 of murder, conspiracy, burglary and weapon possession by an ex-felon.

Rodriguez gave up his right to appeal his case to avoid death penalty deliberations by the jury that convicted him.

Michelle Paet acknowledged enlisting Rodriguez to kill her husband in a bid to collect $650,000 in life insurance.

Hawkins, 38, faces trial October 19 and the possibility of the death penalty if he’s convicted of taking part in the slaying with Rodriguez. Austin is accused of being an accessory after the killing.

Nathan Paet, 28, was shot five times as he prepared to drive to work at Nellis Air Force Base outside Las Vegas. He had served in Iraq and was an F-15 supply technician with the 757th Aircraft Maintenance Squadron.

The jury in Rodriguez’s trial was told that Michelle Paet met Rodriguez while they worked at a telemarketing company in Las Vegas and began planning the slaying two months before it happened.

Rodriguez was armed and ready to ambush Nathan Paet when Michelle Paet alerted Rodriguez by text message that her husband was leaving the house, prosecutors said.

“He’s rushing to get out the door. Lol,” the message read.