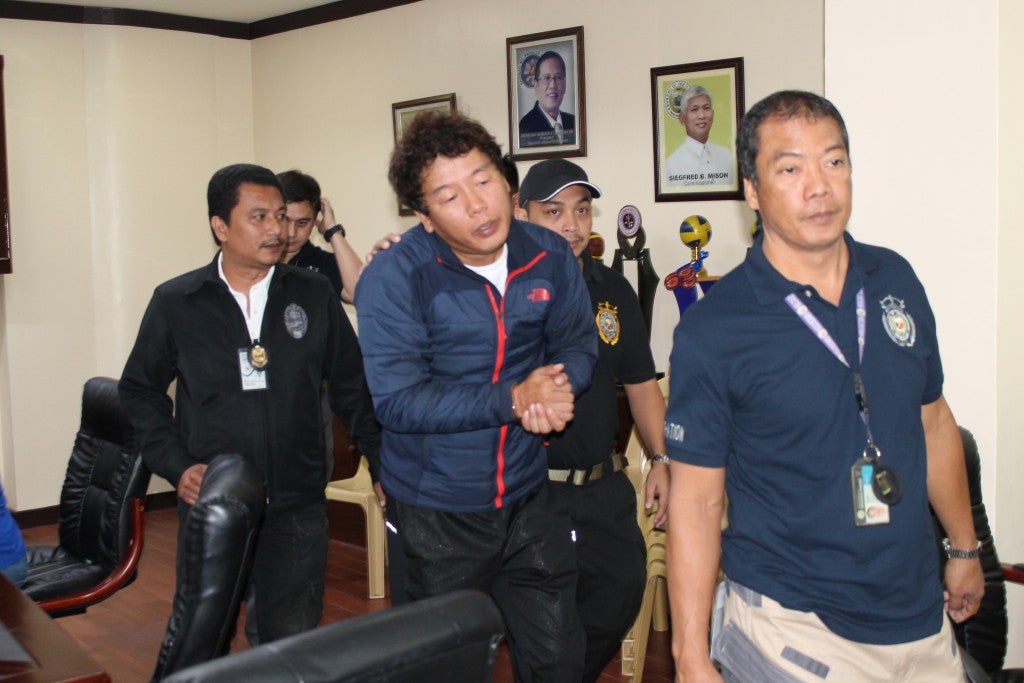 The Bureau of Immigration (BI) presents to the media arrested Korean national Lee Sang Te who is wanted in his country since 2011. PHOTO FROM BI

The Bureau of Immigration (BI) has arrested a high-profile Korean fugitive who has been wanted in his country since 2011.

Lee Sang Te, who was arrested on Sept. 30, was presented to the media Friday.

Korean authorities have been hunting down Lee since 2011 for the crime of “inflicting bodily injury resulting from robbery,” in addition to other serious cases where he is involved. His passport was also cancelled. He has been in the country since May 12, 2009.

On Oct. 4, 2013, Immigration issued a summary deportation order against Lee for being an undocumented and undesirable foreign national.

Lee was arrested in a private hotel and casino at Angeles, Pampanga at around 7:30 p.m.

“Lee attempted to delay arrest by confining himself in a private hospital. A number of key personalities in other local agencies even tried to negotiate in Lee’s behalf,” said BI spokesperson Elaine Tan.

BI was able to take full custody of Lee after checking him out of the private hospital yesterday evening.

“Pursuant to the Commissioner’s ‘Good Guys In, Bad Guys Out’ campaign, we will take the necessary steps to ensure that he is deported out of the country at the soonest possible time, in view of the personality involved,” said Tan