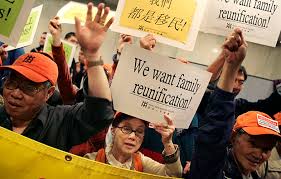 WASHINGTON, D.C. — A Pew Research Center report predicts that over the next 50 years, Asians will surpass Hispanics in the United States immigration race.

The report says the actual tipping point for the major shift in immigration patterns comes in 2055, though the study looks in detail at what will happen by 2065.

Pew also says a combined increase in Asian and Hispanic immigration will drive U.S. population growth, with foreign-born residents expected to make up 18 percent of the country’s projected 441 million people in 50 years. 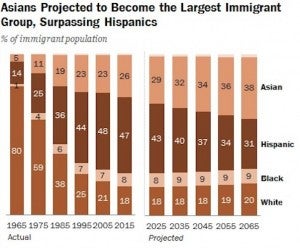 Today, immigrants make up 14 percent of the population.

Currently, 47 percent of immigrants living in the United States are Hispanic. That’s forecast to drop to 31 percent, while the percentage of Asians increases from 26 percent to 38 percent by 2065.

Pew analyzed a combination of Census Bureau information and its own data.