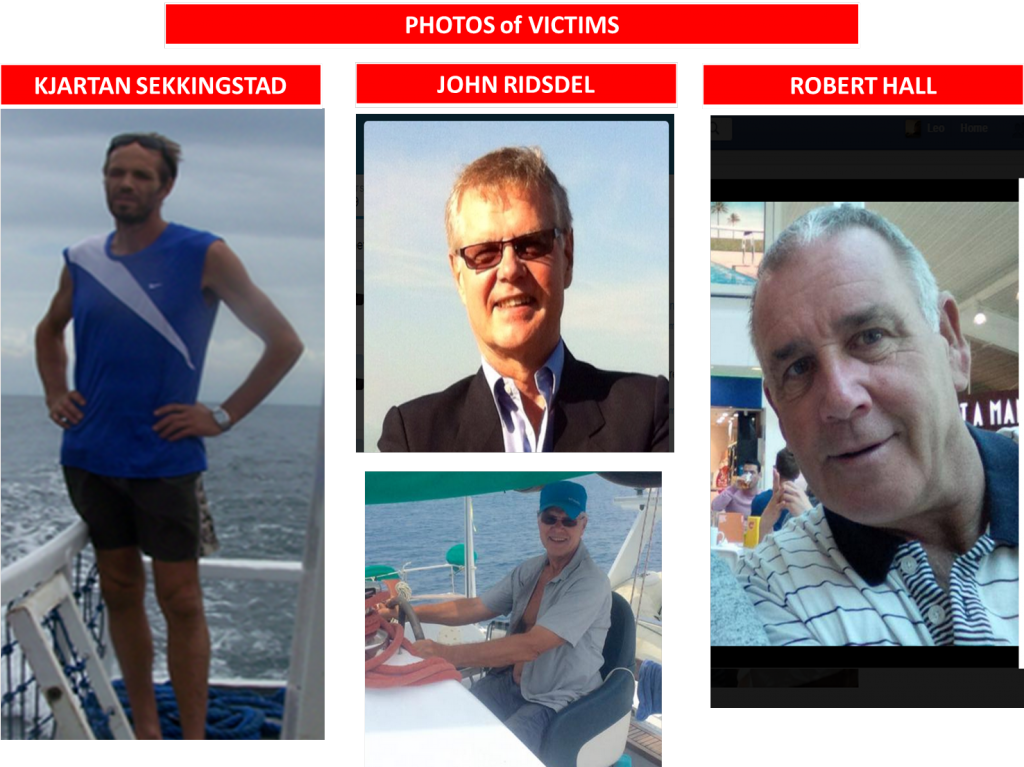 The military on Saturday reported finding a boat that may have been used by the kidnappers who took a group of mainly Western hostages to an island stronghold of the terrorist group Abu Sayyaf.

The outrigger boat was found Friday on Jolo, more than 500 kilometers southwest of the Samal Island resort where two Canadians, a Norwegian and a Filipino woman were abducted late Monday, Brig. Gen. Alan Arrojado said.

Jolo is the main base of the Abu Sayyaf, an al-Qaida-linked terrorist group that has been blamed for the Philippines’ deadliest terror attacks as well as the ransom kidnappings of foreign tourists and Christian missionaries.

“We have eyeballed the seacraft, but not the kidnap victims from Samal,” Arrojado, head of a Jolo counterterrorism task force, told reporters.

Officials would not say if the discovery pointed to possible Abu Sayyaf involvement in the kidnapping of Canadian tourists John Ridsdel, 68, and Robert Hall, 50, as well as Norwegian resort manager Kjartan Sekkingstad and Hall’s Filipino girlfriend, Maritess Flor.

No group has claimed responsibility for the abductions, the latest in Mindanao, a region plagued by decades of Muslim as well as communist insurgencies.

Arrojado said the 25-meter boat suspected of taking the hostages to Jolo was found abandoned in Parang, a coastal town.

It was fitted with two onboard engines, but was taking in water apparently from a breach in its hull, he added.

Regional police spokesperson Antonio Rivera told Agence France-Presse (AFP) that of all the “threat groups” in the south, those based on Jolo were the ones most skilled in using boats.

But he added: “We cannot say that they (Abu Sayyaf) are involved at this time.”

The authorities earlier said they had received reports the kidnappers had taken their victims to the impoverished Davao Oriental region to the east of Samal.

But Rivera told AFP on Saturday that “no boat was seen there (Davao Oriental) contrary to what was earlier reported.”

Jolo-based Abu Sayyaf and several other renegade Muslim rebel groups have in recent years collaborated in kidnapping foreigners elsewhere in the south, with the victims eventually taken to back Jolo, security analyst Rodolfo Mendoza told AFP.

“They have done it not only in western Mindanao (including Jolo) but they are now also doing it on the eastern Mindanao side,” said Mendoza, president of the Manila think-tank Philippine Institute for Peace, Violence and Terrorism.

He said he had no information on whether this was the case in the Samal kidnapping. AFP