To solve Manila’s traffic woes — a subway system, anyone? 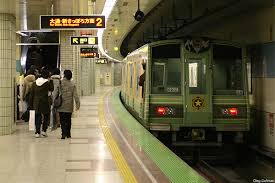 NEW YORK CITY — It has been floated as an alternative to the chronically malfunctioning MRT and LRT trains, but many Filipinos still dismiss the idea of building a subway in Manila like it’s the most ridiculous thing they’ve ever heard.

“What about the floods?” some ask. New York’s subway gets flooded, too.

“What if there’s an earthquake?” Japan’s subway still works even with the tremors. And yes, it also gets flooded.

“Construction will make commuting a hassle.” More road construction now is already compounding the traffic problem, with Manila residents losing 100 hours of their lives to traffic every year. Imagine what else you could do with those extra hours?

“But sea levels are rising.” If there’s anything that could put a damper on a subway plan in Manila, it’s the number one global risk in the world as reported by the World Economic Forum: water.

The Netherlands has been working with water for thousands of years — and it knows nature is flexible, no matter what humans do. Amsterdam, its capital, has a subway.

“Coping with storms demands a resilient approach. Moving from response to preparedness is what is needed. It takes hard work and demands a real cultural change. We’ve constantly had to reinvent,” said Henk Ovink, the Dutch climate-change expert and special envoy for international water affairs.

Another Dutchman Gert-Jan Ransijn, a systems engineering specialist in complex infrastructure, agrees that the key is to “work with water, not against it.”

The Philippines and The Netherlands are both low-lying countries. However, the Netherlands has been using a more preventive approach to living with water around them for decades.

The Dutch are regarded as the experts in water management, having also built dikes, drainage facilities and storm surge barriers, but Ransijn said The Netherlands’ philosophy has shifted. “From building barriers, it now creates room for excess water.” It’s officially called Room for River.

“New technologies (are in place) for modeling the behavior of water streams, and help make investments more effective,” Ransijn said.

Manila may also want to look at neighboring city, Bangkok. It’s also a low-lying plain prone to flooding. But it found a solution: the Metro strain entrances are about one meter above ground level and are equipped with built-in floodgates in order to avoid water inundating the system.

Also, Thailand has about 20 kilometers of underground rail system in place and plans to have 37.5 km-long stations, mostly underground, soon.

But even if a subway were built in Manila with Dutch supervision, would Filipinos embrace the idea?

It’s not easy to convince Filipinos to give up their cars or place their trust in certain experts or its government. And who’s going to pay for it, you ask?

These are valid concerns, but the one thing that can make people’s mindset change is when they finally experience the clean, efficient rail systems of other countries, especially in neighboring Asean-member countries. 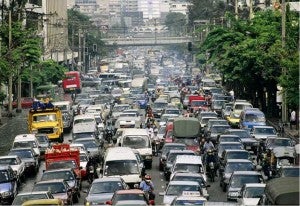 If anybody else can give Manila both a domestic and international perspective, Norman Marcelo has the expertise (being assistant director, quality assurance for capital projects at NY Metro North Railroad) and the experience of having grown up in Manila.

Marcelo said there are many risks and costly disadvantages involved in building a subway in Manila—topographical, geographical and financial, but he thinks it’s “technologically possible.”

Marcelo agreed that most subways and rail systems in the world have had to contend with less than perfect environmental conditions.

Amsterdam’s efficient subway and rail system was built mostly below sea level and under swampy marshland. The United Kingdom has an average annual rainfall (33.7 inches rain and snow) that isn’t too far off from the Philippines’ total of 38 inches.

In New York, flooding was an initial fear as it is surrounded by huge body of water everywhere, but centuries later, as the most devastating Hurricane Sandy in 2012 also proved, heavy flooding does not obstinately cripple the New York subway system.

The storm surged that flooded seven of 17 subway tunnels submerged platforms yet 80 percent of the subway system was restored in less than a week and nearly all of its 842 miles of track were back on line, according to reports from most media outlets.

“Subway systems have been designed to operate under sea level. Many travel through tunnels under rivers. New York’s subways go under the East River, and the Hong Kong system and San Francisco’s BART go under bays,” Marcelo said.

Recently, New York’s new stations (yes, it’s building more) will reportedly use enclosed cooling plants instead of ventilation grates to air underground terminals. If that isn’t too costly for Manila, it will help ease worries about floods and safety.

“Earthquakes are less likely to happen in Amsterdam than in Manila, but the main solution lies in the integrity of the construction itself. Mild earthquakes can therefore be sustained,” Ransijn said.

Marcelo said the US subway system infrastructure is designed using seismic design criteria. “It is meant for the systems to survive not just the occasional tremor but the characteristics of earthquakes documented by scientists over a larger area than the local area where the system operates.”

For Manila, Marcelo sees the challenges of building a subway being the higher capital, operating and maintenance costs, flood protection costs and higher level of all-round skills. If a subway system doesn’t happen, he suggests other multi-mode transit facilities.

“Manila should be building fewer roads because it only encourages more cars,” he added. Manila is modeled after the wide sprawl of Los Angeles and its obsession with cars, a costly mistake because Manila is densely populated and could have built a mass transit system like New York’s. LA’s urban planners are now on a mission to convince commuters to take public transit more often.

But how would a subway really improve commuting in Manila?

Assuming there’s a proper balance between underground and surface mass transit, Marcelo said the wait and travel times for commuters should shorten, especially if bus-taxi-and private car pick-up areas can be coordinated with subway stops; buses may be able to operate at rated load, leading to better fuel efficiency and less pollution.

Subways could also be the key to cleaner air with fewer cars on roads. Fewer vehicle emissions mean fewer pollutants in the environment, which helps improve both air quality and public health, while also reducing fuel consumption per passenger-mile.

Taxis can become more responsive because of lower demand.

There will be reduced frequency of accidents, both vehicle to vehicle and those involving pedestrians as well as reduced number of traffic-related deaths.

A subway system is ideal, but even any rail development beyond Manila, with tax incentives for businesses to move out of Manila, will help decongest Manila.

Also, an efficient transport system would bring about investor confidence and even rekindle taxpayers’ faith in government.

“Land developers should be fully invested in any rail development as it will funnel consumer traffic into their businesses,” Marcelo said, while also making sure they’re under the watchful eye of the government, “just to make sure they don’t (control) the development in the suggested or planned routes.”

Much of the public’s negative response on a subway plan can delay the project, as it did for half a century in New York, especially when costs are involved. It is crucial then that there be transparency, rigorous studies and analyses and continued discussions so the commuting public can be better informed about all subway plans. Marcelo suggests having the academe offer graduate studies on rail systems.

Ovink thinks “public transit is key in addressing social issues,” except that Manila is running out of roads and out of options and may need to build underground. Like what New York did over a hundred years ago when it suffered the same gridlock Manila is experiencing now on account of the influx of people from just about everywhere.

Doug Most, author of the bestselling book, The Race Underground, about the building of subways in Boston and New York, responded via email, “New York, and Boston, in the late 1800s and early 1900s, were faced with a tidal wave of immigrants arriving daily. They were overcrowded and in desperate conditions. The streets had ground to a standstill. Horse-pulled carriages, or electric-motor trolleys, moved only 4-5 miles per hour and often sat still in congestion.”

Said Most, “Relief (in these cities) came in the form of subways. Moving traffic underground cleared the streets of vehicles, allowed people to move more freely on the sidewalks and to cross streets without taking their lives into their own hands. The subways in both cities were enormously successful at relieving congestion.”

But building a subway or multi-mode transport system is not an easy decision. It requires a paradigm shift in thinking — and strong tireless proponents.

New York had piano-making magnate William Steinway, Thomas Edison and other government officials who fought hard for a subway, many of them dying with their vision as nearly half a century passed till construction started.

Not until Manila’s citizens can actually experience the convenience of an efficient rail system like a subway will they start to wonder what they’ve been missing all along.

Meanwhile, more roads will be built while the rest of the world, even car-obsessed, earthquake-prone Los Angeles, are building subways and other less-polluting transport systems..

Gustavo Petro, the mayor of Bogotá, said: “A developed country is not a place where the poor have cars. It’s where the rich use public transportation.”

This quote may resonate in egalitarian New York and other cities but not in Manila where owning a car (and not just any car but big SUVs)  is still the ultimate in status symbol, even as its population continues to swell. Manila is the most densely populated city in the world with a population estimated to reach 20 million by 2020.

But even that distinction doesn’t have an effect anymore in Manila. What prevails, awaiting a shift in mindsets,  is resignation, the fact that–day in and day out–people in Manila will have to spend more time in traffic (that includes waiting in line and waiting for rides) than with their families and children.