Ex-SAF chief: No foreigner participated or died in Mamasapano

Getulio Napeñas, the sacked chief of the Special Action Force (SAF), on Tuesday maintained that no foreigner took part or died during the Mamasapano operation which resulted in the killing of international terrorist Zulkifli bin Hir alias Marwan and the death of 44 elite cops, among others.

“Unang-una, I will say it again, walang foreigner or Americans na nagparticipate or namatay sa combat operation,” Napeñas said in an interview on Radyo Inquirer 990 AM. 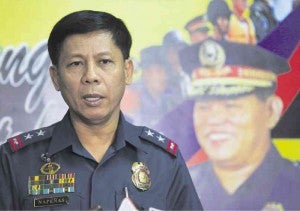 (First of all, I will say it again, no foreigner or Americans participated or died in the combat operation.)

(They were individually extracted from the field and the autopsied by the crime laboratory. It would be impossible not to know the nationality of the 44 who died.)

He also dared those saying that a foreigner died during the combat in Maguindanao to prove their claim.

(Again, if there are those claiming that an American or a foreigner of whatever nationality (died), they should reveal their evidence and witnesses. After all, as I have said, those who died were individually examined at a crime lab in Cotabato City.)

The Philippine Daily Inquirer on Tuesday reported that a Caucasian-looking man was killed in Mamasapano, citing a video which showed a man with his shaven head tilted to the right, right eye and mouth half-open, left eye completely shut. 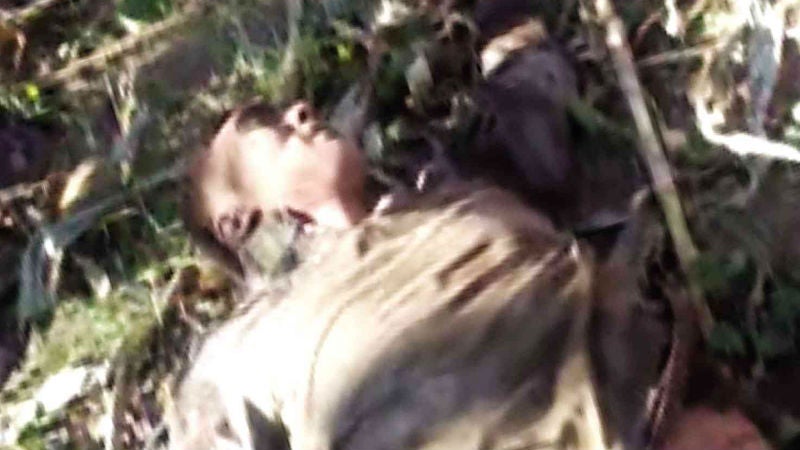 FOREIGN CASUALTY? A screengrab of a video allegedly taken by the Moro Islamic Liberation Front shows a foreign-looking combatant among the dead Special Action Force Special Action Company commandos during the Mamasapano bloodbath in Maguindanao province on Jan. 25. Was the man an American? SCREENGRAB

Persistent rumors have it that two Americans—one a “blue-eyed man”, and the other, black and huge—were killed in a clash with Moro rebels. The US embassy, however, has denied the allegation.

Napeñas said that the Caucasian-looking man on the photos and video might be PO2 Romeo Cempron.

READ: Wife learned hubby died from mysterious texter | The faces of the #SAF44

(The photos circulating are that of PO2 Cempron’s, who looks Caucasian. We already admitted before that we have a man who is Caucasian-looking and that is PO2 Cempron. When you say “buddy,” that’s what you call your companion. There are two of you, and you call each other buddies.)

The video obtained by the Inquirer showed that every time the footage shows the Caucasian-looking man, those who were taking the video would refer to him as “buddy.” With reports from Nikko Dizon, Philippine Daily Inquirer and Radyo Inquirer 990 AM