The IMF gave this assessment in a press release after the conclusion of the 2015 Article IV Consultation between the Philippines and the IMF on August 26.

The IMF’s Title IV Staff Report noted the Philippines’ continued strong economic growth, which is in line with the economy’s potential growth of 6.5 percent.

The IMF’s Executive Directors, agreeing with the appraisal of the IMF staff report, commended “the Philippine authorities’ prudent macroeconomic management,” which has helped contribute to strong economic growth and for having “set the stage for favorable growth prospects despite external headwinds.” 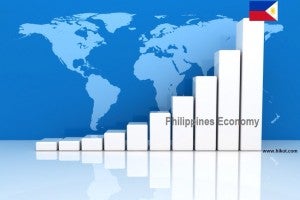 Ambassador Jose L. Cuisia, Jr. expressed appreciation for the effort of the IMF staff and the assessment of the Executive Board.

“Our economic performance can be credited to the good governance model of President Benigno S. Aquino III under the Daang Matuwid or the ‘Straight Path,’ as well as the sound macroeconomic management implemented by Philippine economic managers,” the Ambassador said.

The following are the notable findings in the Staff Report:

Also highlighted in the Staff Report is the Philippine government’s bolstering of growth-inclusive budgetary expenditures. These programs include the Department of Social Welfare and Development’s conditional cash transfer program, the expansion of the Philippines’ education program from Kindergarten to the Grade 12 level, and expansion of the health insurance program to cover the poor and informal sectors.

Under Article IV of the IMF’s Articles of Agreement, the IMF holds annual bilateral discussions with member governments to assess each country’s economic health and determine any potential financial concerns. The Philippines’ Country Report and Article IV Consultation Press Release can be accessed here.