CHICAGO — In the wake of the indictment of owners and staffers of yet another Filipino American-owned home health care provider, members of this city’s Filipino community expressed anger and embarrassment over mounting cases of Medicare fraud and abuse.

On August 27, the Medicare Fraud Strike Force announced the 23-count federal indictment of the husband-and-wife owners and operators of HCN Home Healthcare, Inc., which allegedly paid kickbacks to employees and marketers in exchange for referring elderly and disabled patients to the company for unnecessary or non-existent treatment that was funded by Medicare.

Estrellita Duquilla, 58, and Miguel Duquilla, 60, of Des Plaines, Illinois, the indictment further contends, knowingly had HCN employees alter nursing reports and patient files to falsely create the appearance that its patients qualified for in-home treatment. As a result of the kickback and fraudulent billing scheme, Medicare made overpayments to HCN in excess of $6 million, according to the indictment.

Also charged in the conspiracy were four employees of HCN and an outside marketer who is married to an HCN nurse. The indictment states that the fraud scheme transpired from 2008 to 2012. HCN is located at 6828 N. Cicero Avenue, Chicago.

“Stop being greedy!” was the angry reaction of Jean Paredes Tablizo, RN, a former president of the University of the Philippines College of Nursing Association of America, and a regular volunteer during Senior Citizens Health Fairs in Chicago.

“The Medicare funding to our beloved seniors in America is being compromised by your fraudulent actions,” Tablizo added, as news of the HCN indictment spread.

The federal indictment came just two months after the June 18 arrest of ten Filipino Americans connected with three related home health care businesses, in a case where owners and staffers allegedly overcharged Medicare $45 million from 2008 to 2014. 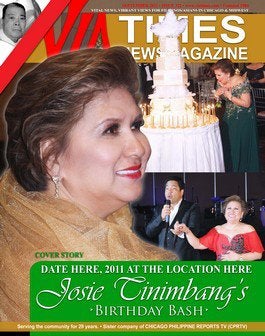 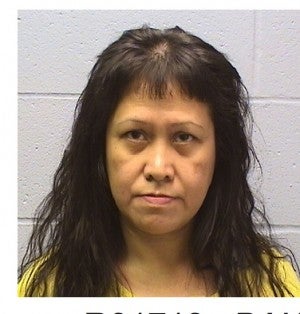 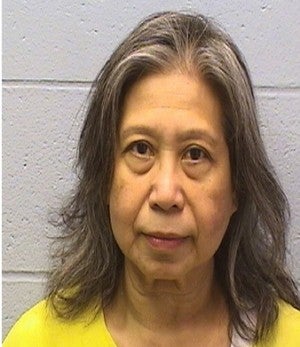 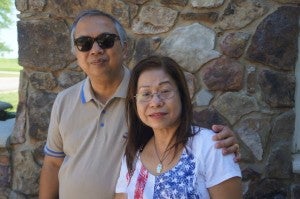 One of HCN’s registered nurses, Zenaida Dimaiilig, 78, of Bensenville, solicited and received kickbacks from the Duquillas, in exchange for steering Medicare beneficiaries to HCN, according to the indictment.

The indictment of HCN owners and staff comes amid a lengthy federal investigation that included the execution of a search warrant at their office. The investigation was carried out by the Medicare Fraud Strike Force, which consists of agents from the Federal Bureau of Investigation and the U.S. Department of Health and Human Services, and prosecutors from the U.S. Attorney’s Office and the Justice Department’s Fraud Section.

The strike force is part of the Health Care Fraud Prevention & Enforcement Action Team (HEAT), a joint initiative between the Department of Justice and HHS to prevent fraud and to enforce anti-fraud laws around the country.

According to the indictment, many of the beneficiaries were not qualified for home-health services, and in several instances never needed or received the care. In some cases, the employees and marketers paid cash to the patients in exchange for allowing the patients’ information to be used in paperwork submitted to Medicare, the indictment states.

HCN’s Quality Assurance Nurse, Grace Mendez, 59, of Des Plaines, allegedly put false information in patient files, such as the dates of non-existent nursing visits, knowing this information would be submitted to Medicare as a basis for seeking payments to HCN, according to the indictment.

In addition to the HCN employees, an outside marketer was also charged in the scheme. Roberto Jonson, 58, of Bensenville, was the owner of Berzen Home Care Services Inc., a now-defunct company that was based out of his home. The charges allege that Jonson, who is Zenaida Dimailig’s husband, received payments from the Duquillas in exchange for referring non-homebound Medicare beneficiaries to HCN. Jonson was charged with one count of conspiracy to pay and receive health care kickbacks, and one count of conspiracy to commit health care fraud.

Dr. Ramon Lopez, the outgoing president of the Philippine Medical Association of Chicago (PMAC), in a statement given to PINOY Newsmagazine, said, “I am appalled and extremely shamed that such brazen criminality has occurred in the home health care industry. When indicted and found guilty, maximum penalty should be meted out to these transgressors.”

A press release issued by Zachary T. Fardon, United States Attorney for the Northern District of Illinois; John A. Brown, Acting Special Agent-in-Charge of the Chicago Office of the Federal Bureau of Investigation; and Lamont Pugh III, Special Agent-in- Charge of the Chicago Regional Office of the U.S. Department of Health and Human Services Office of Inspector General, stated the following:

“If convicted, restitution is mandatory and the court must impose a reasonable sentence under federal statutes and the advisory United States Sentencing Guidelines. The public is reminded that an indictment is not evidence of guilt. The defendants are presumed innocent and are entitled to a fair trial at which the government has the burden of proving guilt beyond a reasonable doubt.”

Dr. Lopez’s press statement also stated: “The advocacy for optimized and effective health care does not relate only to physicians, but also to all those involved in the arena of the ‘healing arts.’ The mandate for all who are involved in this privileged and most noble calling is to put in an honest day’s work FOR the benefit of patients.

“All those involved in this ‘penumbra’ of greed should likewise be federally investigated. Those who immorally and unethically ‘feed’ the system … those who ‘cook’ the books among many others, should also be thoroughly investigated.”

On the other hand, Dr. Nida Blankas-Hernaes, the Philippine Medical Association of Chicago’s (PMAC) 2015 “Most distinguished physician of the year,” suggested a more thorough training of businesses in medical care especially in the field documentation.

“Sloppy record keeping, though there is no conscious intention to commit fraud can lead into trouble,” she added.

On April 17, 2015, Jacinto “John” Gabriel Jr., 48, was sentenced to a ten-year term of imprisonment for taking control of Perpetual Home Health, Inc. and Legacy Home Healthcare Services, two Chicago-area home health companies and using them to bilk Medicare out of more than $20 million.

In February 2014, when Gabriel entered a guilty plea to charges of conspiracy to commit health care fraud and tax evasion, U.S. District Judge Charles Norgle ordered him to pay $23.3 million in restitution to the Medicare program and $1.5 million to the Internal Revenue Service.

Gabriel was charged with11 other defendants, including doctors and company employees who were enlisted to help implement the scheme. In pleading guilty to the charges, Gabriel admitted to directing company staff to alter and create patient records and doctor’s orders to support fraudulent Medicare claims; to make payments to doctors and others for referring patients and signing doctor’s orders; and to divert proceeds of the fraud scheme to him through friends, associates and shell companies. His co-indictees were tried separately.

On February 3, 2015, Nelia Laurel-Ladlad, owner of the Omega Homehealth Care Network in Park Ridge, Illinois, started serving her one-year sentence after she pleaded guilty to defrauding Medicare of $ 1 million. Her co-owner, Maristela Canete, who was indicted with four counts of Medicare fraud, was tried separately. Ladlad will be deported after serving her sentence. Ladlad turned over her Philippine passport to the custody of the U.S. government.

On December 22, 2014, caregiver Carmelita Pasamba, 64, was sentenced six years in jail while her sister, Jocelyn Vargas Baker, 48, got four years for bilking their 96-year-old client, Marshall F. Davies, of $350,000 from this mentally impaired Chicago employee’s retirement fund. Cook County Judge Joseph Claps ordered both to be confined to an Illinois state prison. Both are facing deportation after they serve their sentences.

On September 26, 2012 Ana Nerissa Tolentino,45, a registered nurse, and Frederick Magsino, 61, both part owners of Rosner Home Healthcare, Inc. in Skokie, Illinois, and Edgardo Hernal, 57, a former Rosner employee, allegedly conspired to pay kickbacks to six co-defendants for the referral and retention of Medicare patients that enabled Rosner to bill Medicare. All were indicted on federal charges for paying and receiving kickbacks in exchange for the referral of Medicare patients for home health care services.

On August 30, 2012, Merigrace Orillo, 45, co-owned and operated Chalice Home Healthcare Services, Inc. with her husband, Virgilio Orillo, was sentenced to 20 months in federal prison. Chalice had offices in Chicago, Freeport and Morris, Illinois.

Orillo admitted that from January 2007 through April 2010 she and her husband falsified documents in order to increase the payments Chalice received from Medicare. The falsifications made Chalice’s patients appear to be sicker than they actually were and in need of greater care than actually required.

In addition to the 20-month federal prison sentence, Orillo was ordered to pay $744,481 in restitution to the Medicare Trust Fund. The charges against Virgilio Orillo were dismissed after he died on August 30, 2011.

On February 17, 2011, Marilyn Maravilla, 54, of Chicago; Junjee Arroya, 42, of Elmhurst; Ferdinand Echavia, 37, of Chicago; Kennedy Lomillo, 43, of Mundelien; and Baltazar Alberto, 47, of Morton Grove; are associated with Goodwill Home Healthcare, Inc. They are accused of receiving kickbacks for the referral of Medicare patients for home health care services. Alona Dizon Bugayong, 35, of Lincolnwood, was charged with one count of conspiring to pay kickbacks for the referral of patients to New Covenant Home Health Agency LLC and Healthquest Homecare LLC.

Community leaders are apprehensive, that more indictments may be coming because of lack of ethical training among health care providers.

Dr. Rufino Crisostomo, retired physician from the City of Chicago Department of Health and currently a volunteer instructor at the ongoing “Home Care Giver Training Program” sponsored by the Filipino American Council of Chicago (FACC), said that he emphasizes to his students the importance of “trust, dedication and compassion to the nursing and medical professions—an area where Filipino immigrants had earned a good reputation in the past years.”

Dr. Crisostomo, who is also the FACC president, added, “Filipinos should not be influenced by greed to defraud patients especially the elderly. Extra care should be exercised when dealing with mentally and physically handicapped.”

For her part as former president of the UP Alumni Nurses Association of American, Jean Paredes-Tablizo, emphatically pushed forward recommendations for consideration of health care providers in the community, including: