‘Shopping for loved ones a Filipino tradition, makes OFWs happy’ 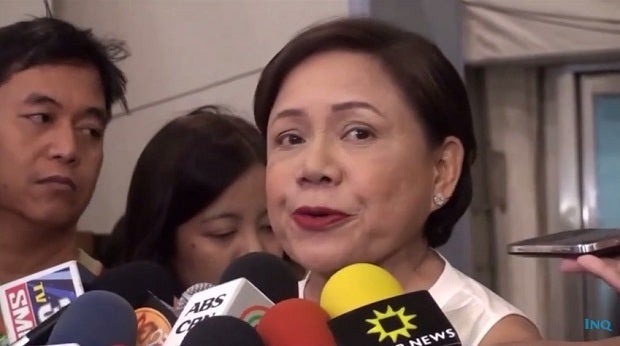 Senators shared some light moments on Thursday while conducting a hearing on the hot issue of opening balikbayan boxes entering the Philippines.

During the hearing of the Senate committee on ways and means joint with the committee on labor, Sen. Cynthia Villar appealed to the Bureau of Customs not to make it difficult to send balikbayan boxes, saying shopping for loved ones made overseas Filipino workers (OFWs) happy.

Among the male senators present during the hearing were Senators Sonny Angara, chair of the committee, and Ferdinand “Bongbong”Marcos Jr.

Before this, Angara also teased Villar while the latter was talking about what she estimated to be some $47 billion in remittances that OFWs were bringing into the country.