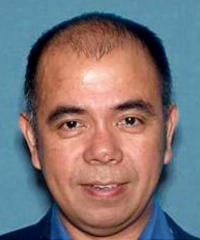 During the meeting, Francisco allegedly committed sexual battery. Officers were called to the location and arrested Francisco. He was later released on bail.

Anyone with more information is asked to contact Detective John Moutzouridis of the San Jose Police Departments Sexual Assault Investigations Unit at 408-277-4102. Those wishing to remain anonymous can either call the Crime Stoppers Tip Line at 408-947-STOP (7867), or click the “Submit a Tip” link at www.sjpd.org.