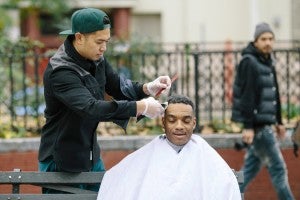 TOFA 2015 “Courage of Conviction Awardee,” Mark Bustos, is a hair stylist who gives haircuts to the homeless. CONTRIBUTED PHOTOS

NEW YORK CITY — The fifth edition of the Outstanding Filipino Americans in New York (TOFA-NY) Awards will honor 15 individuals and organizations who have inspired the community with their passion, conviction and achievements.

Among this year’s awardees are Mark Bustos, a professional hair stylist who gives free services to the homeless during his day off; Maharlika and Jeepney’s Nicole Ponseca, an award-winning restaurateur who propels modern Filipino cuisine into the mainstream; and Councilmember Jonathan Wong, who at 23 became the youngest Filipino American elected to office in Mahwah, New Jersey. 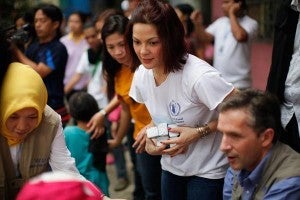 Makilala TV and PAG-ASA Social Foundation round out this year’s 15 awardees, along with popular TV and film actress KC Concepcion, national ambassador against hunger of the United Nations’ World Food Programme in the Philippines, who will be presented with TOFA-NY’s Special Humanitarian Award.

“The awardees are a testament to the excellence of Filipinos in every field imaginable, and their significant contribution to the progress of both the United States and the Philippines,” says Philippine Consul General to New York Mario de Leon, Jr., who will once again grace the awards night.

“TOFA-NY honorees are selected out of hundreds nominated by the community,” says Elton Lugay, founder and executive producer of TOFA-NY Awards. “Every year, we share their stories because they reveal the many facets of the Filipino American experience and what holds our community together.” 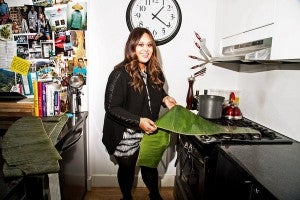 An award-winning soprano, Katrina has won prizes at the Philippine National Music Competition for Young Artists, Manhattan School of Music Eisenberg-Fried Concerto Competition, and most recently at the Gerda Lissner Foundation International Vocal Competitions’ Wagnerian Division. Her opera and concert credits include performances at the Kennedy Center for the Performing Arts, Merkin Concert Hall, the Tokyo Bunka Kaikan and the Cultural Center of the Philippines.

A professional event planner and promoter, John has recently produced mainstream concerts that featured Air Supply and David Pomeranz. Throughout the New York tri-state area, he together with his “DJ Filipino” team has made weddings, parties and reunions extra special for the FilAm community and beyond. The 117th Philippine Independence Day Council celebration featured a giant LED screen on stage for the first time in 25 years, a testament to John’s commitment as an entrepreneur to ensure satisfaction.

Steven is the New York state chairperson for the National Federation of Filipino American Associations (NaFFAA), board chair of Pilipino American Unity for Progress (UniPro), and the director for community affairs at the Forest Hills Asian Association. His community work began as a student leader, which led to the founding of Filipino American Civic Engagement (FACE) where he served as founding national chairman and in 2010, UniPro as its founding president. Steven has had many distinguished postings with socio-civic institutions in the Asian Pacific Islander American community, a true advocate of immigration reform, veterans’ equity, migrant rights and good governance. 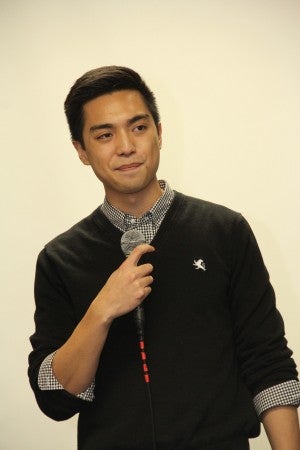 A professional hairstylist, Mark enriches the streets of New York with a dose of humanity every Sunday. He spends his only day off offering free haircut services to the homeless, a ritual he began in 2012 with impoverished children in the Philippines. Beyond the momentary thrill of a fresh look and a happy stomach, these encounters

give street folk glimpses of hope for better days and perhaps, even better lives. That’s because “every human life is worth the same,” as Mark has written on Instagram.

Kevin is an award-winning professor, psychologist, performer, activist, and author who received his doctorate degree in counseling psychology from Columbia University. He is is also the executive director of The Center for LGBTQ Studies at the City University of New York (CUNY). Among more than 60 works he has published on multicultural issues are the books “Filipino American Psychology: A Handbook of Theory, Research, and Clinical Practice” and “Filipinos in New York City”. Kevin also serves as president of the Asian American Psychological Association.

Gail is a 19-year-old singer, actress and model with extensive training in ballet, tap, jazz and hiphop. She gained massive exposure for singing the Philippine National Anthem with The Word Chorale at the “Fight of the Century” between Manny Pacquiao and Floyd Mayweather Jr. in May. She has recently shared the concert stage with David Pomeranz and Air Supply. A voice graduate of the prestigious Fiorello H. LaGuardia High School of Music & Art and Performing Arts, she currently takes up speech pathology at Brooklyn College.

Inspired by the intricate hand-woven masterpieces of indigenous tribal communities in the Philippines, Betina launched her namesake label in 2012, a luxury t-shirt line that fuses traditional Filipino craftsmanship and embroidery with contemporary lifestyle. Recognized as an up-and-coming Filipino talent with a natural eye for design, Betina has showcased her style concepts at New York Fashion Week to rave reviews. Her designs have been featured in Vogue, Harper’s Bazaar, Cosmopolitan, Forbes, and Town & Country, and drawn major fashion retailers.

Nicole is a restaurateur of two groundbreaking Filipino establishments: Jeepney and Maharlika. “The influence these two restaurants have had on Filipino-American restaurants is immeasurable,” according to a Washington Post review. Michelin has reviewed Maharlika since the restaurant’s first year of operations, while The New York Times has declared it as “an empire in the making”. Meanwhile, Jeepney has been awarded “Best Burger” by TimeOut readers, aside from it earning two-stars in the New York Times. Nicole and her team are credited as pioneers who push Filipino food and culture towards the mainstream.

Richard is the founder of Holsman Healthcare and Rehabilitation Center, a clinic that started with a few therapists in 2004 and is now a chain spanning New York and New Jersey. Being a physical therapist, he finds fulfillment in helping patients regain mobility through research-based methods delivered with care. As CEO of a company with more than a dozen facilities and a thriving consultancy, Richard is also proud to have helped therapists from the Philippines and India establish themselves in the U.S. with integrity, respectability and dependability as healthcare professionals.

A proud transgender woman and beauty queen, Chelle is a tireless advocate for LGBT rights and gender equality. She is a member of the transgender engagement team of the Human Rights Campaign’s Greater New York Steering Committee, where she continues to deepen her advocacy work as a voice of the marginalized transgender community. Since 2014, Chelle has held the honorary title Miss LGBT Philippines-USA—it is but one of many crowns in her “beauty with a purpose” crusade. In a historic first, she represented the LGBT community during last year’s Philippine Independence Day Parade in New York City.

Entering its third year, Makilala TV is the first and only Filipino-American talk show in the New York metro area. A monthly program aired through Time Warner-QPTV, it was created by QPTV producer Maricor Fernandez and Cristina DC Pastor, founding editor of The FilAm in May 2013. Its all-female cast is composed of Pastor; Jen Furer, author of “Out of Status” and founder of the blog Gotta Love Mom; Rachelle Ocampo, former UniPro president; and Fernandez, who is also the show’s director and producer. Together, they bridge diverse generations and backgrounds with insightful discussions on current events and issues involving Filipinos and the Philippines.

A lawyer by profession, Carmelyn was appointed by New York Mayor Bill de Blasio as chair and commissioner of the New York City Commission on Human Rights (CCHR) in November last year. She is an accomplished civil rights litigator with more than a decade spent in private practice protecting employees’ rights in the workplace. As chair and commissioner of CCHR, Carmelyn continues her human rights advocacy with a special focus on preventing discrimination and retaliation in employment, housing and public accommodations.

Philippine American Group for Aging Seniors of America (PAG-ASA) Social Foundation Inc. is a nonprofit organization caring for aging Filipino Americans. Fil-Am seniors need not fear isolation or homelessness with this nonprofit’s dedication to the dignity and well-being of the elderly. It fosters their continuing community engagement through health fairs, cultural events, workshops, field trips, raffles and other social activities. Growing in membership since 2013, PAG-ASA Social Foundation gathers volunteers regularly and recently coalesced with The Nursing Office, a group of nurses based in Richmond, N.Y., serving and taking care of seniors and associated communities. 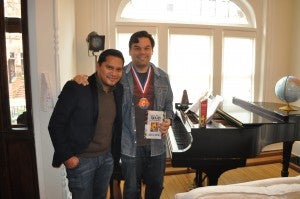 Jonathan is America’s youngest FilAm elected official at 23 years old. He won a seat on the council of Mahwah, a township in New Jersey’s Bergen County, in November last year following a hotly contested race. It was his second shot at the position, which he sought on a platform of better and more responsive governance. A resident of

Mahwah since he was three years old, Jonathan attended its school system, began volunteering as a youth counselor and became part of the wrestling team during high school. He was a long-time volunteer youth leader before deciding to enter politics when he was 19 years old.

A popular TV and film actress in the Philippines, KC is a national ambassador against hunger for the United Nations’ World Food Programme, the world’s largest humanitarian agency fighting hunger worldwide. The partnership began in 2008 and she has since raised significant funding for WFP operations in the Philippines through charity events. KC traveled to Uganda and Nepal to prepare for her WFP work. Today, she has gone to disaster zones and conflict areas even at the height of emergencies to make sure that people get adequate food supply despite their calamities.