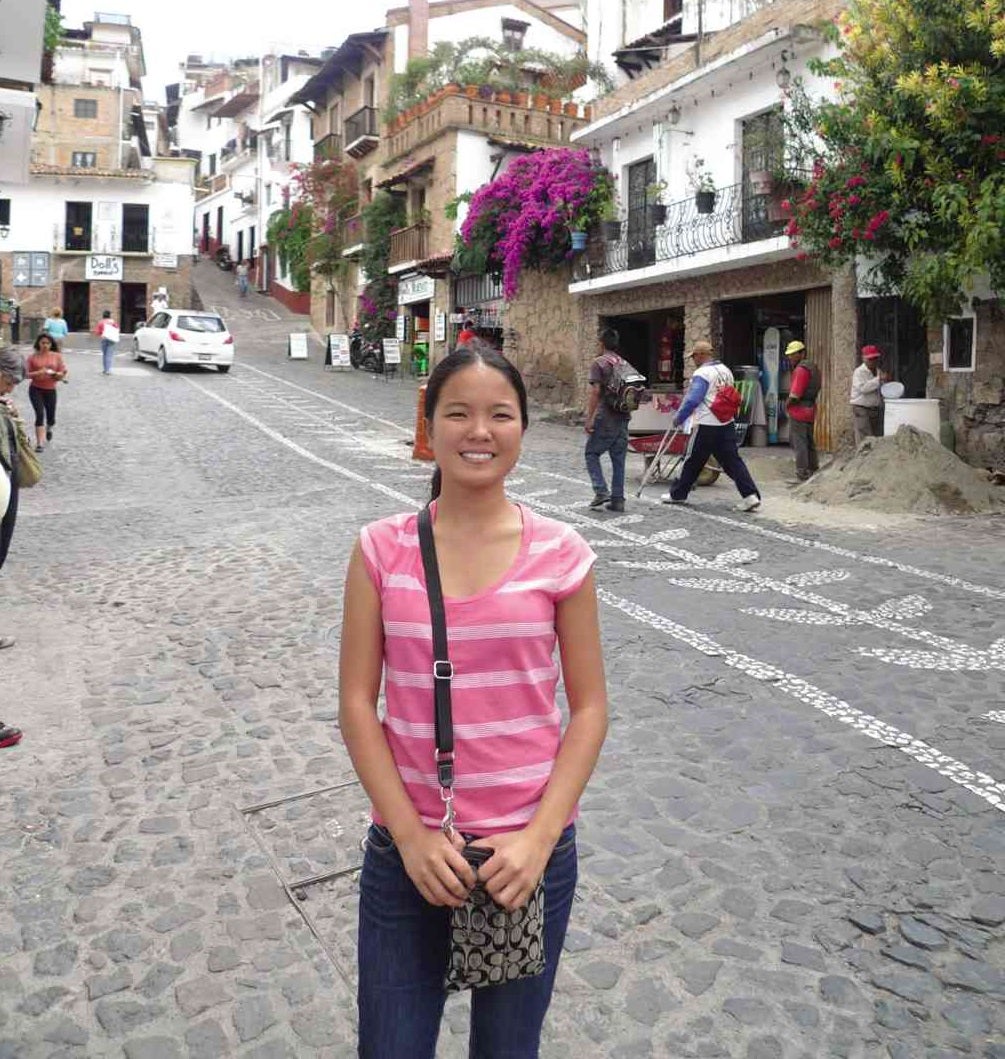 Big Bonus Travel for Shasha Magpantay has also been one of the biggest bonuses that came with studying abroad. After presenting a paper at the National Autonomous University of Mexico, she was able to take a sidetrip to Taxco, Mexico.

THE FIRST thing that people invariably notice about Felicia Maria “Shasha” Magpantay is that she looks like she barely got out of high school. But this young-looking 28 year old has already racked up an impressive curriculum vitae in the academic field.

She was a Trent International Scholar at Trent University in Ontario where she graduated with a Bachelor of Science Honors in Physics and Mathematics.

And just this August, Shasha became the first Filipino woman to join the Department of Mathematics as a tenure-track professor at the research-intensive University of Manitoba. Not bad for a little girl who had initially considered a career as a ballerina.

Sasha was born and raised in Quezon City, the daughter of Dolores Garcia Magpantay, who has a master’s degree in Public Policy and Public Administration from the University of the Philippines (UP), and Jose Magpantay, professor of physics at UP.

Her parents were her first mentors, instilling in her young mind a formidable strength of character and discipline.

Always precocious at a young age, Shasha was a scholar at the Philippine Science High School and quickly developed an interest in Physics and Mathematics.

“Early on, I knew I wanted a career in the academe,” she says. “It was just a matter of choosing between Math and Physics.”

After graduating from high school, Shasha first enrolled at UP but left for Canada after being offered a scholarship at Trent University in Petersborough, Ontario.

“We had reservations about letting her go at such a young age but Shasha convinced us that she could handle being on her own,” says her mother Dolly. “And obviously she was right.”

Shasha has learned the lesson well, adding that “while I appreciated having my parents and family around to help and support me, being alone has taught me that it is best to rely on myself to get things done!”

Having lived away from her family since she was 17, Shasha’s biggest challenge was adjusting to a totally foreign environment which included periodically fixing her visa status.

But she relished the opportunities that came with studying abroad and making new friends. She was active in international student associations, taking part in cultural events with her multiracial group of friends and even learning to cook Filipino dishes to bring to potluck dinners.

Travel has also been one of the biggest bonuses that came with studying abroad. Shasha has traveled extensively to Europe, Asia and the United States presenting papers and doing research.

It has also given her the chance to pursue her passion for visiting new places.

As she starts her tenure at the University of Manitoba, Shasha brings with her years of experience as a math instructor at York University where her students’ evaluations gave her high marks.

She admits that her youthful looks sometimes make it difficult for her to be taken seriously but she quickly proves she is good at what she does.

“Some of my students even wrote that they would go out of their way to take a course with me again,” she beams, adding that this is what adds to her fulfillment in her chosen career.

This chinky-eyed charmer also shatters the typical image of the math nerd. She’s gregarious and outgoing; enjoys nights out with friends and can dance a mean salsa.

She also loves to read, especially the classics; and makes sure to keep in touch with childhood friends from back home whom she considers “friends for life.”

A sweet and thoughtful daughter, she always makes it a point to send flowers to her mom on special occasions such as birthdays and Mother’s Day.

While she plans to pursue her academic career in Canada for the next few years, she is also thinking of putting up a project with friends to put up summer schools for math here in the Philippines “for the kids to have a better appreciation of math.”

Right now, though, she’s focused on her new position at University of Manitoba, striking the perfect balance between teaching and research while taking care of her personal life.

“And hopefully,” she adds, “earning a well-deserved vacation back home!”