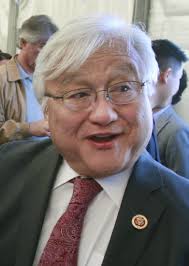 SILICON VALLEY, California – Congressman Mike Honda condemned Republican presidential aspirant Jeb Bush for suggesting that having “anchor babies,” or the use of birthright citizenship by having one’s child born in the U.S., is mainly practiced by Asians.

SILICON VALLEY, California – Congressman Mike Honda condemned Republican presidential aspirant Jeb Bush for suggesting that having “anchor babies,” or the use of birthright citizenship by having one’s child born in the U.S., is mainly practiced by Asians.

In an interview on August 24 Jeb Bush, apparently trying to avoid criticism from the vote-heavy Latino community, defended his use of the term “anchor babies” by saying, “Frankly, it is more related to Asian people.”

“This language is a slur against all immigrants and has no place in our culture. We need to be focused on elevating the conversation and working towards real, comprehensive immigration reform.”

Honda continued, “As the representative of the only Asian American majority district in the continental United States, and as a proud American of Japanese descent, I strongly condemn these statements.”

He added, “Our country is one founded on a multitude of cultures and backgrounds, and such close-minded language goes against the foundation of our democracy.”

Honda remarked that the 14th Amendment of the U.S. Constitution guarantees citizenship to all people born or naturalized in the United States, “and we cannot stand by and let anyone diminish that right.”

“In Silicon Valley, one of the most diverse areas of our country, we celebrate people from all backgrounds and their contributions to our nation,” Honda stated.