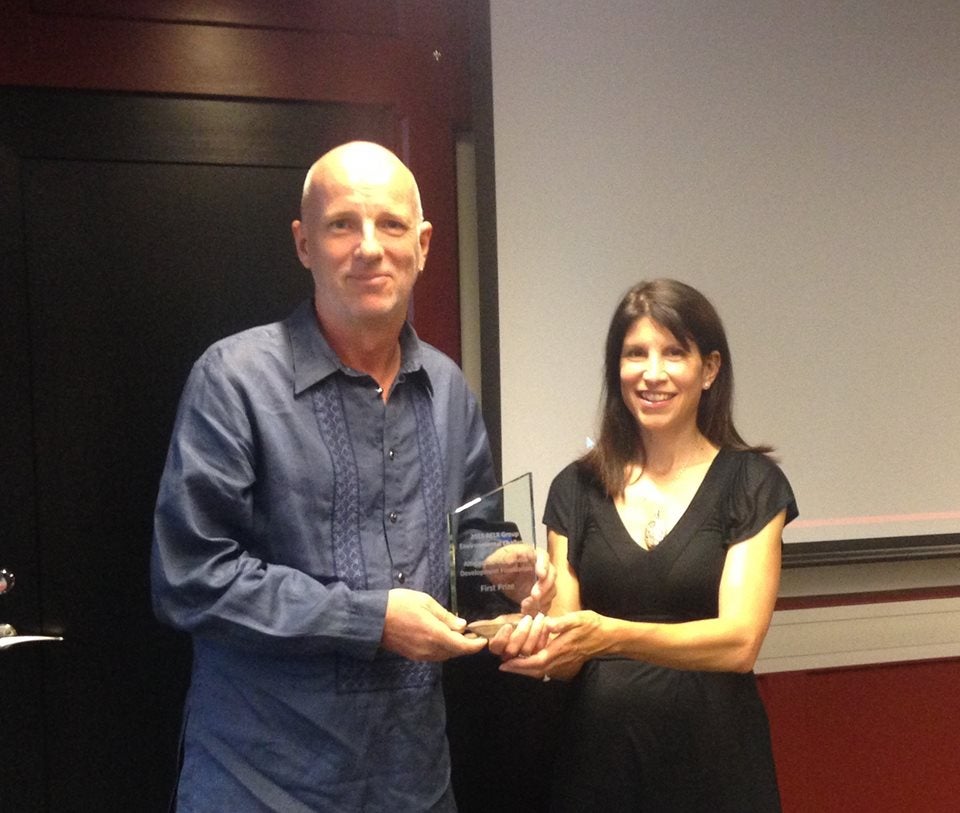 A nongovernmental organization based in Bacolod City won the 2015 RELX Group Environmental Challenge for its use of a technology dating back to the 1700s, which it has improved and modified to deliver clean water to deprived communities.

The Alternative Indigenous Development Foundation, or AIDFI, was awarded the $50,000 first prize, which will be used to set up a ram pump project in Mexico.

The award, given during World Water Week in Stockholm, Sweden, was received by AIDFI head Auke Idzenga, a Dutchman who has made Negros Occidental his home.

To date, AIDFI has set up ram pump systems in more than 370 villages, delivering potable water to more than 222,000 people, all over the Philippines as well as in Afghanistan, Colombia, and Nepal.

In 2011, AIDFI was a recipient of the Ramon Magsaysay Award, considered Asia’s version of the Nobel Prize.

The winners also get a year’s free access to ScienceDirect, a database that includes 367,000 articles on environmental science.

This is the fifth year since the RELX Group, a leading provider of professional information solutions, has given the award, which supports innovative solutions to improve sustainable access to safe water and sanitation.

In a statement, Dr. Márcia Balisciano, RELX Group’s director for corporate responsibility, said: “The RELX Group Environmental Challenge builds on our expertise in science by rewarding two outstanding projects that will bring clean water to communities in need. This is the fifth year of the Environmental Challenge — we have now funded more than 10 projects around the world, each helping to bring water and improved sanitation to those who need it most.” Tetch Torres-Tupas/JE