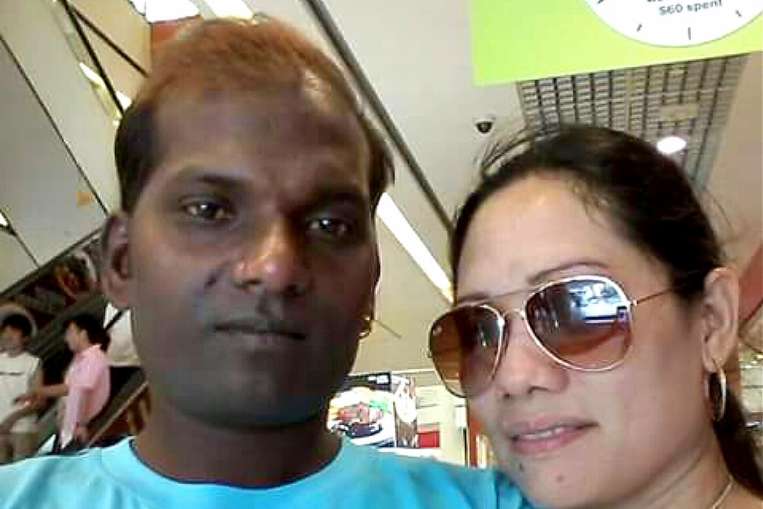 Ms Allen Remedios is pictured here with a man believed to be her former boyfriend. Ms Remedios was attacked on Sunday while returning to her employer’s flat in Tampines. PHOTO: JOSE MARI CAMACHO/THE STRAITS TIMES

SINGAPORE – An Indian national was charged in court on Wednesday with causing grievous hurt to a Filipino domestic worker on Sunday evening.

No plea was taken from Palaiyan Murugadass, 41, a construction worker.

He allegedly used a 7cm-long penknife to slash Ms Allen Remedios Adolfo, 38, on her face, left wrist area and slit her throat, causing a deep gaping wound which will likely cause permanent scars.

The alleged attack took place at the void deck of Block 311 Tampines Street 33 in Singapore at about 6.30pm on Sunday.

Murugadass is believed to be the ex-boyfriend of the Filipino victim, who was returning to her employer’s home at the time.

He is remanded at Bedok police division for a week for further investigation.

The case will be mentioned on Sept 2.

If convicted, he faces a jail term of up to 15 years and fine or caning.