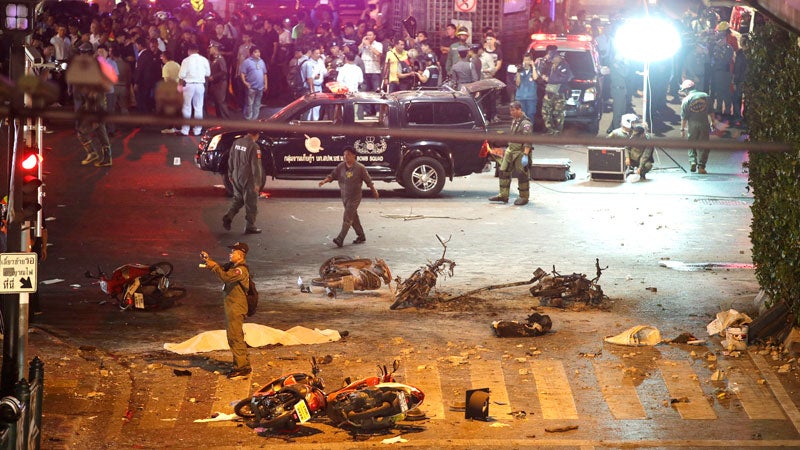 A policeman photographs debris from an explosion in central Bangkok, Thailand, Monday, Aug. 17, 2015. A large explosion rocked a central Bangkok intersection during the evening rush hour, killing a number of people and injuring others, police said. (AP Photo/Mark Baker)

BANGKOK–Nation TV reported that one Filipino, two Chinese and a Thai man who were among the victims in the bomb blast that rocked a popular shrine in central Bangkok were confirmed dead at the Police Hospital.