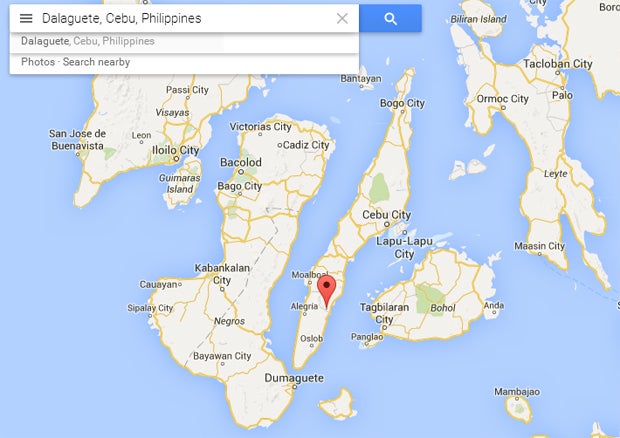 A Belgian who had lived in the Philippines was found dead inside a car that crashed along the national highway in Dalaguete town in Cebu. A gun was found in the car where the foreigner was found bloodied from the nose. GOOGLE MAP SCREENGRAB

CEBU CITY, Philippines — A Belgian national is believed to have committed suicide after he was found in a vehicle that crashed into the railings of the national highway of Barangay Casay, Dalaguete town, some 85.1 kilometers south of here.

Andre Josef Emiel Scheepmans, 54, a native of Leuven, Belgium, who lived in Barangay Maghaway, Talisay City, Cebu, was already dead when policemen arrived in the area past 6 p.m. Saturday night.

When the police arrived, Scheepmans was at the driver’s seat and was no longer responding. His right hand was still holding a .22-caliber pistol while his nose was bleeding.

Since the doors at the front seats were locked, Dalaguete municipal health officer Jose Edgar Alonso had to enter through the door of the back seat, which was not locked.

Pia said Alonso didn’t find any pulse when he examined the foreigner.

Scheepmans had no visible wound except for a bleeding nose. But an empty shell and two live bullets were found inside the vehicle. The pistol was also loaded with seven bullets.

Pia said they suspected that the foreigner may have put the gun in his mouth and pulled the trigger but the bullet was not able to exit his body.

An autopsy would determine the cause of death, he added.

PO2 Leon Gesim, Dalaguete desk officer, said they went to the area after receiving a report from another foreigner who called up the police station to inform them that his friend figured in an accident in Barangay Casay.

The police failed to get the name of the foreigner but it indicated that Scheepmans was able to call a friend before he died.

Inside the vehicle, the police found a summon issued by the officials of Barangay Maghaway against Scheepmans who was invited to attend the hearing on July 27 for a case of slight physical injury.

The complainant was Analou Ayeng, believed to be his wife or live-in partner, indicating that the foreigner had family problems, said Pia.

Pia said Ayeng arrived in Barangay Casay late Saturday night with their small daughter. Ayeng did not issue a statement, saying she was still emotional about what happened.