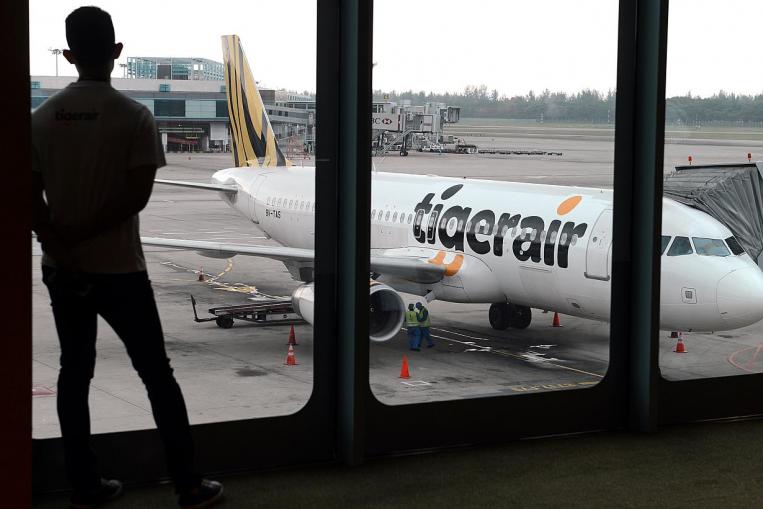 Sleeping on an airplane with carry-on bags stowed safely overhead is common among travellers, but it has come with a certain risk over the past three years. PHOTO: ST FILE

SINGAPORE–Sleeping on an airplane with carry-on bags stowed safely overhead is common among travellers, but it has come with a certain risk over the past four years

There have been 16 reported cases of theft on board aircraft last year, with only seven cases resulting in arrests.

In 2013, there were 57 reported cases of theft on board aircraft compared to 43 in 2012. It was in early 2012 that airport police noticed the trend of inflight theft.

The maximum penalty is three years in jail and a fine.

A majority of culprits have been from China. Court papers have given a glimpse into how the criminals work, usually striking while the victim is sleeping.

They would remove the bags and look through them, and then replace them. They look out for those who may have more money while waiting for the flight, and during security clearance.

The stolen money is usually kept in their pockets or wallets, but it has even been found stashed away in aircraft toilets in some cases.
Here are five notable cases so far.

Seated in front of Hu Jingang, 51, Zhou took the bag from the overhead compartment while he was sleeping.

Hu checked his belongings after he woke up, and found the money missing. Caught red handed, Zhou apologized to Hu, and tried to strike a deal with him not to inform the cabin crew, but Hu told them.

Zhou was sentenced on November 18 last year to 18 months in jail.

2. Eight Chinese nationals who tried to steal while travelling on SilkAir and Tigerair in July and August in 2013 were jailed for between nine and 16 months.

When sentencing them, District Judge Christopher Goh said: “These despicable acts must be nipped in the bud before they get out of hand.”
Ren Jun, 33, and Li Xingwang, 34, received the stiffest jail sentence of the lot, 16 months, because they stole twice within a week. They took $808.68 in cash on two SilkAir flights between Singapore and Kota Kinabalu.

Wang Xian Yin, 46, and Ding Chao, 35, were handed 14-month terms for stealing two bags while on a Tigerair flight from Jakarta, and a bag while on an earlier SilkAir flight from Singapore to Shenzhen.

Zuo Wubao, 39, who got nine months, had taken a backpack containing valuables worth $3,040 during a Tigerair flight from Phnom Penh.

3. In July 2013, Senior District Judge See Kee Oon sentenced an airplane thief to nine months in jail, the stiffest sentence so far at the time.

Chinese national Yue Liangfu took another person’s bag during a SilkAir flight and rummaged through it. Although the bag owner said nothing was taken, Judge See handed out the tough punishment, saying a clear message has to be sent out.

“There is a need to emphasize both specific and general deterrence given the increasing prevalence of such offenses,” he said.

4. In January 2013, a Chinese national, stole the hand-carried bag of Mustafa Centre boss Mustaq Ahmad on board a flight.

Wang Liwu, 47, admitted stealing from the man on the flight from Phnom Penh to Singapore.

A court heard then that Wang was one of the first to board the plane. After putting a trolley bag in the overhead compartment, he got up and changed his seat.

Finding his behavior strange, a flight attendant alerted her colleague to keep an eye on him.

A second stewardess saw him retrieve a black laptop bag from an overhead compartment.

The captain was later informed when Wang was about to leave the flight without the laptop bag. Singapore airport police were activated and he was arrested. He was jailed six weeks.
5. In one of the first cases since the trend started in 2012, 38-year-old Fu Xinping stole US$800 (S$1,040) and HK$3,000 (S$502) from a passenger’s bag.
He was on a flight from Singapore to Hong Kong on April 21, 2012. He was jailed for four weeks.

Court papers showed that the culprits were usually caught either by fellow passengers or alert cabin crew. One Silkair air stewardess even filmed a suspicious man rifling through items on a plane last year.

According to the website of the General Insurance Association of Singapore, travel insurance typically covers loss of money due to theft.

Answering the question “Will I be covered for loss of personal effects if I lose my belongings while travelling?” the guide said: “One important condition which will be in all policies, and that you should be aware of, is that you are expected to ensure that you take basic precautions to protect your belongings and prevent loss.”

A travel insurance document from Aviva shows that theft of jewellery, valuables or personal money is insured under a plan with a higher premium, but not the cheaper one. It did not specify the location of the theft.

A travel insurance document from DBS shows that the company will pay for the loss of the insured person’s cash, banknotes or traveller’s cheques carried for social and domestic purposes arising out of robbery, burglary or theft while the person is outside Singapore during the journey.

The conditions were that the loss must be reported to the police within 24 hours after the incident, and that any claim must be accompanied by written documentation from the police.