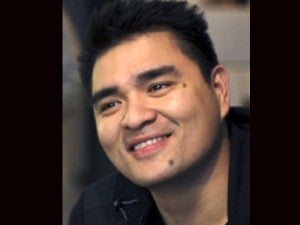 WASHINGTON, DC—More than 100,000 people across the United States have joined an immigration drive began by Pulitzer prize-winning journalist Jose Antonio Vargas, a Filipino who admitted to being an illegal immigrant in the US.

“I am overwhelmed by the response: 100,000 Americans from different backgrounds and from all over the country coming together to spark a powerful new dialogue about what it means to be an American,” he said.

Vargas, 30, revealed in a 4,300-word article published in The New York Times magazine on June 22 that he is an undocumented immigrant and has been hiding it for nearly 20 years.

He said he was speaking out now in a bid to drum up support for the DREAM Act, a bill which would provide young immigrant students with the possibility of gaining US citizenship.

“The only way to solve a problem is to tell the truth about it, and I wanted to share that truth about my own story, as well as the stories of immigrants and the communities they live in nationwide,” he said.

Following the publication of the article, Vargas started the Define American project and launched the commitment drive on Change.org, asking Americans to pledge, listen and participate in a “new conversation on immigration, as well as offer their own definitions of what it means to be an American.”

“The time has come for to strike up a more civil, inclusive, common sense debate about immigration in America,” said Vargas, who left The Washington Post in 2009 and briefly joined The Huffington Post.

Vargas, originally from the Philippines, said his mother put him on a plane for the United States in 1993, when he was 12, to live with his grandparents in the San Francisco area.

He said he discovered he was living in the United States illegally when he attempted to get a driving license at the age of 16 and was told by a clerk to go away because his papers were fake.

The campaign said the “enormous response of the online pledge” includes 10,000 signatures and over 4,363 comments.

“This fall, Define American is planning to launch initiatives to spread the unique stories of ordinary Americans defining what it means to be American in different ways,” said Change.org in a statement.

“What Jose Antonio Vargas and Define American have accomplished in just a few months is astounding,” said Change.org director of organizing Jackie Mahendra.

“Jose has already changed the US immigration debate by courageously sharing his story, and he has involved hundreds of thousands of Americans in that conversation through his pledge on Change.org. It’s incredible, the power one story and one campaign can have.”

Vargas was part of the Washington Post team that won the Pulitzer Prize in 2008 for coverage of the Virginia Tech massacre. He had also interned for The San Francisco Chronicle and the Philadelphia Daily News, and most recently was a senior contributing editor at Huffington Post.

See Stand With Me, Jose Antonio Vargas, for a New Conversation about Immigration