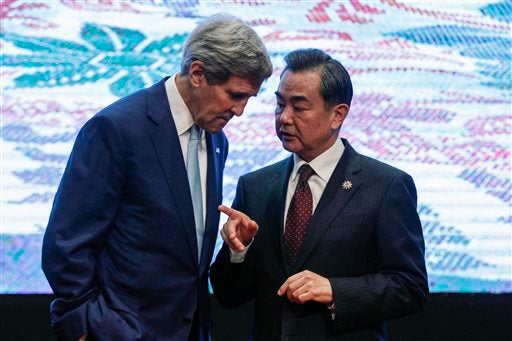 KUALA LUMPUR, Malaysia — US Secretary of State John Kerry is proposing that China and other claimants to disputed territories in the South China Sea immediately halt provocative activities that have ratcheted up tensions in some of the world’s busiest shipping lanes.

In remarks to East Asian officials in Malaysia on Thursday, Kerry said a joint commitment to halting land reclamation projects and construction would lower tensions and risks for miscalculation. He said the step would also create space to finalize a binding code of conduct.

His comments were directed primarily at China, which has been engaged in massive reclamation projects in areas contested by its smaller neighbors. China has rejected outside interference in the disputes.

Kerry said the US would not accept restrictions on navigation or overflights of the disputed territories. TVJ