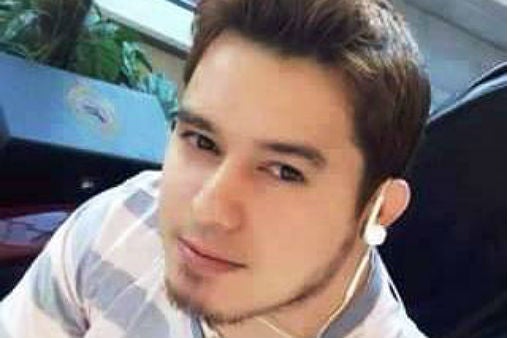 OLONGAPO CITY, Philippines – The US Federal Bureau of Investigation (FBI) has joined the hunt for the Filipino-American tagged as the primary suspect in the killing of a 23-year-old woman here last week.
Mayor Rolen Paulino said the warrant of arrest issued by a Zambales court for Jonathan Dewayne Ciocon Viane, 29, for the murder of Karie Ces “Aika” Mojica was transmitted to the FBI attaché at the United States Embassy in Manila.
Viane, however, would not be brought back to the Philippines, if arrested, Paulino said. “He will be jailed in the US. [The Philippines cannot apply for extradition] because he is a US citizen,” Paulino told the Philippine Daily Inquirer on Thursday.
Viane, and a second suspect, Niño de la Cruz, were charged with the killing in Zambales RTC Branch 71 in Iba on July 28.
Mojica’s body was found on a dike in San Felipe, Zambales, on July 25. Police described the remains as “partly burned” with the hands tied with a black plastic strap.
Forensic investigators recovered three spent 9-mm pistol shells on the dike.
Paulino said the local government was coordinating with the Department of Justice and the US Embassy to expedite the arrest of Viane, a resident of Anchorage, Alaska.
Viane flew to the US on Sunday, said Paulino.
Mojica was laid to rest here on Thursday afternoon. Her sister, Erika, became emotional during the memorial service.“We don’t know how to move on from this. When they killed my sister, it felt like they killed all of us in our family,” Erika said.
Josar Mojica, the victim’s father, pleaded for the immediate arrest of Viane and De la Cruz. He said his daughter might been dragged into Viane’s marital problems, noting that Aika and Viane’s US-based wife were friends.
Viane left his wife in the US, bringing their son to the Philippines in April amid a custody issue, the elder Mojica said.
“My daughter had given the suspect’s wife information on his whereabouts here. I think that’s the real motive behind this,” he said.
ADVERTISEMENT
FEATURED STORIES
GLOBALNATION
Ex-DND chief Orly Mercado says AFP realizes it needed VFA
GLOBALNATION
PH, US in talks for new VFA
GLOBALNATION
If PH can’t be self-reliant, choose: Be a US territory or China’s province – Duterte
Read Next
PH-bound plane from UAE diverted to India due to passenger’s ‘disruptive behavior’
EDITORS' PICK
Philippine Airlines cuts 300 jobs as losses mount
DOT holding shopping festival as DOH airs caution
Antimoney laundering body to check Chinese millions
Benefits beyond school
Filinvest continues to lend support to Batangas evacuees
Tara! Experience the Philippines and take the family and barkada to these perfect local getaways
MOST READ
FEU in 11 frames
Antimoney laundering body to check Chinese millions
‘Wonder Woman’ Gal Gadot meets ‘Captain Marvel’ Brie Larson: ‘Make love, not war’
The President’s provocation
Don't miss out on the latest news and information.