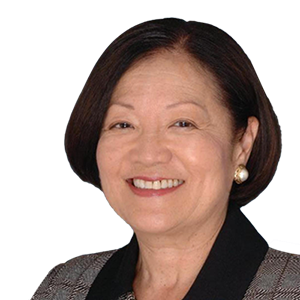 WASHINGTON, D.C. – Following the White House announcement of a new policy that will reunite Filipino World War II veterans with their children, veterans’ advocates stressed the importance of expediting the visa process for the veterans’ families.

They also expressed thanks to Hawaii Senator Mazie Hirono for consistently pushing for the expedited reunification of World War II veterans already in the U.S. with their family members from the Philippines.

Mee Moua, president and executive director of Asian Americans Advancing Justice (AAJC), lauded the White House announcement, recalling that “even though the U.S. government promised Filipino World War II veterans U.S. citizenship in recognition of their service and contributions to America, it took more than 50 years before they actually received citizenship.”

Moua said further: “Until now, the inhumanely long visa backlog has separated them from their children and denied them the opportunity to live together in the United States. We are grateful to the Obama Administration, and appreciate Sen. Hirono and other members of Congress for their leadership in elevating this issue so that our veterans can be reunited with their families and receive the love and care they need during their golden years. It’s long past time the United States made good on its promise and we hope USCIS will implement this as soon as possible.”

Gregory Cendana, chair of the National Council of Asian Pacific Americans (NCAPA) and executive director of the Asian Pacific American Labor Alliance, also praised the administration’s move, saying, “As these veterans get older, it is more important than ever that they receive care and support from their family members. We are grateful for Senator Hirono’s continued commitment to stand up for the veterans so they receive the benefits they deserve.”

Jane Clement, president of the Congress of Visayan Organizations Foundation, praised Hirono for supporting the veterans. “Senator Hirono has consistently been by our side as we’ve fought to unify the families of Filipino WWII veterans. It has been an emotional, decades-long ordeal. We appreciate her work in both the U.S. House and Senate and we are especially grateful to President Obama for utilizing his executive powers to provide expedited processing for the children of Filipino WWII veterans,” Clement said.

“We will now do all we can to ensure families are aware of this new development and that they have the support needed to help file the appropriate applications and have the necessary documents to finally bring their families together,” she added.

Ben Acohido, service officer, VFW Post 1572 1st Filipino Infantry Regiment, U.S. Army, Veterans of Foreign Wars-Hawaii Chapter,” added his thanks. “For decades, Filipino WWII veterans and their families have lived in limbo waiting on a cumbersome and ineffective visa system. Senator Hirono has been a strong ally, fighting alongside these Filipino veterans since she took office in 2007, in the effort to reunite veterans with their families. We commend President Obama’s executive action and look forward to assisting with the parole process to unify families across the United States,” Acohido said.

Since her election to the U.S. House in 2006, Senator Hirono has pushed to end the visa backlog and expedite the visa process for the children of Filipino World War II veterans, including introducing the Filipino Veterans Family Reunification Act in the House in the 110th, 111th and 112th Congresses while Senator Daniel K. Akaka introduced the same legislation in the Senate.

In the Senate, Hirono worked with the Hawaii delegation to introduce the Filipino Veterans Family Reunification Act in the 113th Congress on a bipartisan basis, and then successfully included it in the Senate-passed Comprehensive Immigration Reform bill.

This year, Hirono again reintroduced the Filipino Veterans Family Reunification Act on a bipartisan basis with the Hawaii delegation and has continued pushing for its passage. Hirono has been working with advocates and colleagues on finding an Administrative solution to reunite the families of Filipino World War II veterans.

Prior to the White House announcement, Hirono sent a letter to the President requesting that he take action by granting the sons and daughters of Filipino World War II veterans parole while they wait in the visa backlog.