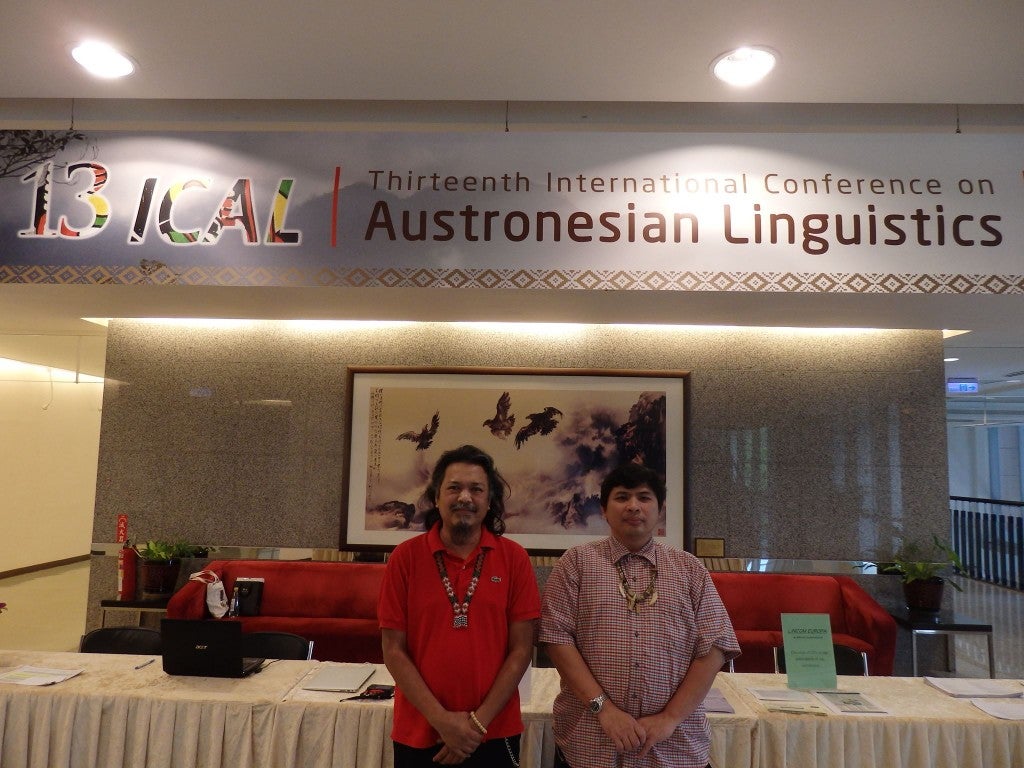 In his paper, he distinguishes the difference between the Filipino or Tagalog and Kapampangan language. He concludes that in Súlat Kapampángan (Kulitan), no two words are spelled the same way, unlike in the Roman script, thus avoiding the “fallacy of accent.” This, he said, is due to the spelling convention KAMBAL SIUÁLÂ ‘twin vowels.’

For Pangilinan, Kapampangan is a dying language that must be saved. He says many revere this language for its ritual significance but not for its practical use.

Norman delos Santos, originally from Mindoro and now based in the US, promotes indigenous writing systems like Surat Mangyan from the Hanunuo Mangyan of Mindoro island.

Delos Santos, promotes the Surat Mangyan and Baybayin through his website norndex.blogspot.com.

In his presentation “The Philippine Indigenous Writing Systems in the Modern World, he tackled how computer fonts can be used to promote the Baybayin and the surat Mangyan to the world.

He also criticized the proposed National Script Act or Baybayin Bill, which is considered by many Baybáyin practitioners, scholars, and enthusiasts as damaging for the revival of the Baybayin because it is focused “heavily on the Tagalog script.”

In spite of having no formal degree in linguistics, Pangilinan and Delos Santos continuously conduct independent researches to promote and revive their cultural heritage. The two are recognized by world renowned linguistic experts such as Dr. Christopher Ray Miller.

Pangilinan and Delos Santos hope that their works can be a voice for the Kulitan, Mangyan, and Baybayin script and be effective advocates of indigenous communities.

“By presenting our works to international linguistic conferences, we get to network with professional linguists and scholars. We gain allies, resources, experience and knowledge from the bigger players in linguistics,” said Delos Santos.

“We also get to see the bigger picture of linguistic diversity and similarities, compare strategies, shares what works and what doesn’t. In turn, we can then pass these things along to our community,” he said.

They are presenting their papers along with other scholars and advocates of Austronesian languages and the vanishing languages in the world.

The International Conference for Austronesian Linguistics (ICAL) is held every four years in different countries around the world. It is hosted by the Institute of Linguistics, Academia Sinica. ICAL provides forums for collaborative research and also publishes and archives research papers.