SAN FRANCISCO — Alejandro Lim, 14, a dual citizen of the U.S. and the Philippines, won a total of nine medals at the inaugural International History Olympiad held at the College of William and Mary in Williamsburg, Virginia from July 9 to 15.

As a result of Lim’s victories, the Philippines ranked 13th in medal count among the participating nations and states and was the highest-ranked among participants that has a single representative. 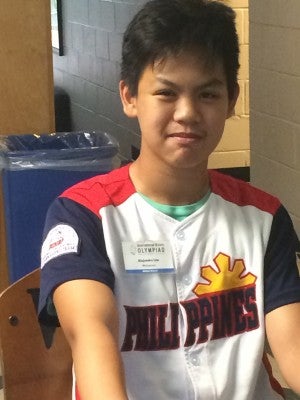 The Philippines’ second gold was in the Table Combined Event – combination of table tennis and history quiz questions (played on a separate table, using a buzzer system and a written sheet).

Lim received his first silver medal in Battery, a required individual event that counted towards the Olympiad Championships. It was a 400-item multiple-choice test on all aspects, eras and places in history. Roughly half of the questions were primarily factual in nature, while the other half was analytical (though still requiring a sound factual knowledge of history).

His second silver was for the quiz bowl team event where Lim was paired with Dennis Yang of Taiwan. Team “Philiwan” sailed through the preliminaries and semi-finals before bowing to the three-kid team of Singapore at the finals.

Lim won the bronze medal after finishing second in Battery, 6th in the Written Test and tied for 4th place in the buzzer system History Bee. He likewise received bronze medals for each of the following events: Ancient History, Historical Geography, History of Science and The Great Trading Game, a simulation event which transported the individual players back to 17th century.

Asked about the highlight of the IHO, Lim said for him “it was the playing of the Philippine National Anthem twice.” He looks forward to the IHO’s launching of the International History Bee and Bowl in the Philippines in 2015-2016 academic year; he is confident Filipino students will shine.

Lim graduated from River Trail Middle School (RTMS) in Johns Creek, where he was coached by Scott Fowler, Cliff Roberts and Sarah Roberson.

He graduated as the Atlanta Regional History Bee Champion and National Geographic Bee school champion as well as co-captain of the RTMS Academic Bowl Team, which placed 3rd in the whole of the U.S. at the National Academic Quiz Tournament (NAQT).

He will be a 9th grader at Northview High School, also in Johns Creek, where he hopes to contribute to the Academic Bowl Team there.

Alejandro Lim is the son of Alvin Lim and Florence de los Reyes, both graduates of the University of the Philippines in Diliman.