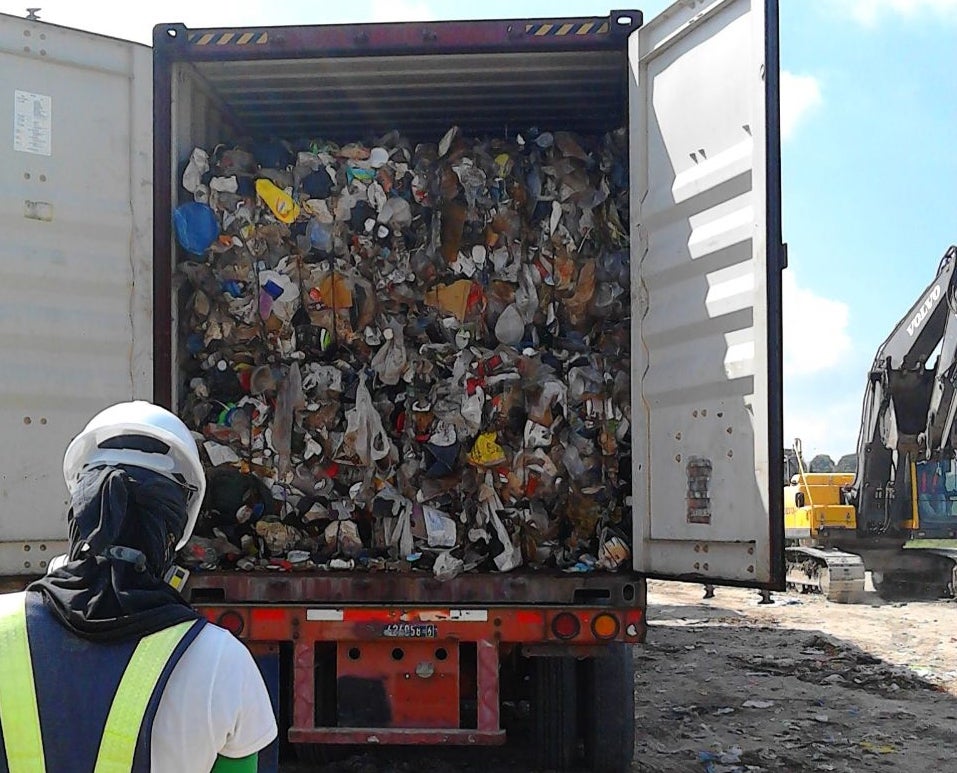 TRASH packed in container vans that were shipped from Canada in 2013 are unloaded at the sanitary landfill of the Metro Clark Waste Management Corp. in Capas, Tarlac. PHOTO COURTESY OF MCWMC

Filipinos are dumping the garbage, after all. Case closed.

Customs Commissioner Alberto Lina said on Friday the issue of illegal shipment of household waste from Canada was over, with the Bureau of Customs (BOC) now focusing on preventing a similar incident from happening again.

This after 55 containers with waste from Canada, including adult diapers and household trash, that had been left at the Manila port since shipment two years ago were transported for dumping in a sanitary landfill in Capas, Tarlac province.

“We have no more problem. The issue is over. Case closed,” Lina told reporters.

He said the illegally imported garbage, which had triggered protests from environmental groups, was being dumped at Philippine government expense.

“It’s being dumped now at our expense just so there won’t be any issue,” Lina said.

The Canadian shipment was found between December 2013 and January 2014 at the Manila port, declared as “scrap plastic materials for recycling” but actually containing garbage, including adult diapers and other household wastes.

The Ontario-based Chronic Inc. shipped the containers to Manila through its Valenzuela-based consignee, Chronic Plastics. The BOC filed criminal charges against Chronic Plastics for violating the Revised Penal Code, the Tariff and Customs Code and the 1990 Toxic Waste Act.

It also called on Canada to take back the shipment under a 1995 convention on hazardous waste, which provides that “the exporting country must take back the waste materials if the receiving country refuses to accept them.”

Lina said the shipment had to be disposed of as the containers threatened to clog the port.

“We need containers. The reason why there’s port congestion is because of issues like these … If we’re not able to remove it from the pier, we will have congestion again. What do you want? Port congestion or to dump it? That’s why we dumped it,” Lina said.

He said the BOC was focusing on measures to prevent similar incidents.

“We will design a way so that (shipments like this) would no longer be allowed to enter,” Lina said.