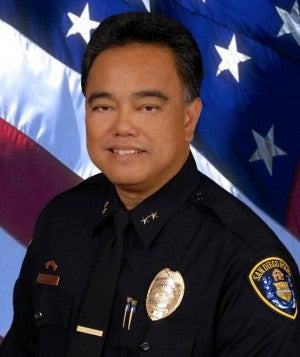 SAN DIEGO, California – A park slated to be built in Ocean View Hills near Otay Mesa will be named after a highly respected Filipino American police officer who is now retired.

The Cesar Solis Park will be named after former Assistant Police Chief Cesar Solis, who was the highest ranking Filipino American officer in the San Diego Police Department. He served in police department for 32 years.

“It’s an honor for me to be a part of such an important project, a project that will benefit a very deserving community,” Solis told NBCSandiego.com.

Solis grew up in the Otay Mesa area, where he spent time playing sports at neighborhood parks. He thanked Councilmember David Alvarez, who spearheaded the project, for helping bring a new open space to Ocean View Hills.

“My staff and I canvassed this area extensively and heard from many requesting a park in their neighborhood,” Alvarez told NBCSandiego. “I am very proud of the widespread level of community engagement that has taken place throughout this process.”

Construction should start next summer, and the city plans to open it in fall 2017. It will be located on Del Sol Boulevard, between Vista Del Mar Elementary School and Ocean View Hills School (4919 Del Sol Blvd).