Life on board as a seafarer 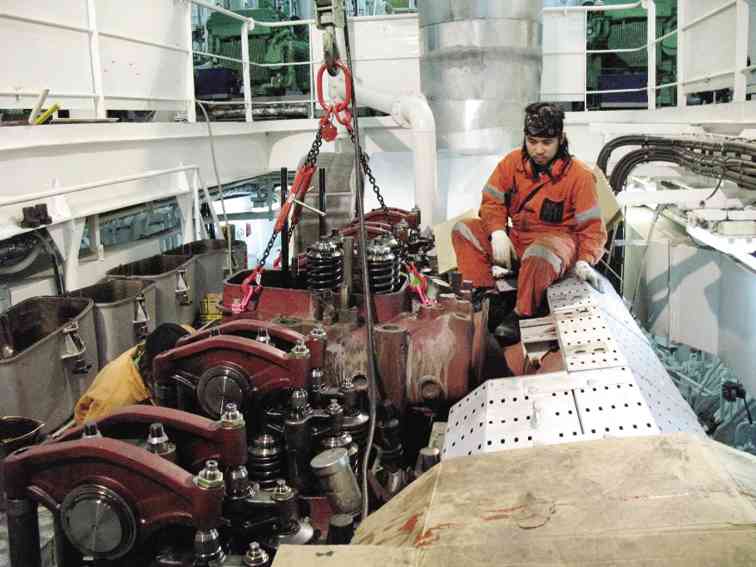 WORKING SMART Magpantay at his workplace: “Working hard means doing all the necessary things that can be done today and working smart is doing the things that we love every day.”

As an electro-technical officer of one of Marlow Navigation Philippines’ cargo ships, and having been to six continents in 11 years, engineer Arjay “Rich” Magpantay, 34, thinks the Philippines is the best place to live a happier and better life.

Being a seafarer, he is wise in investing his money when he plans to go ashore to be with his wife, Jayreen and two kids, Raven, 10, and Ritch, 2.

Aside from being a successful seafarer, Magpantay has authored three books titled “Paano Maging Milyonaryo?,” “How to Become a Millionaire?” and “Paglalakbay ng Magiting na Marino.” These can be read for free at www.marino.com.ph.

According to the International Labor Organization’s data in 2012, the Philippines is the biggest source of seafarers around the world. It is estimated that one out of five seafarers is Filipino.

After graduating with a degree in electronics and communications engineering in Mapua Institute of Technology in 2002, Magpantay taught as engineering instructor and then became a maintenance engineer in a company in Manila.

Magpantay met his former schoolmate at Mapua who works in a shipping vessel as an electrical engineer and earns four times what he was earning.

This became a reality check and made him think about things. With a family to support, he applied at Motor Vessel NYK Andromeda, a container ship bound to Singapore port in June 2005.

It was also his first time to travel abroad and fly in an airplane.

Since Magpantay is not an ordinary seafarer, his promotion was quite fast. Before he was able to board as a seafarer, he was selected as electrical cadet by NYK-Fil Ship Management Inc., to be their prospective electrical engineer for ships.

After a six-month contract being an electrical cadet, his next vessel assignment was MV NYK Antares as apprentice electrician.

After a month, he was promoted to ship electrical engineer.

As an electro-technical officer, he is responsible for the maintenance and repairs of electrical, electronics and control engineering in the engine room and on-deck machineries, including bridge communication and navigational equipment.

Now he is an officer and a seasoned mariner. He has been on board for 11 contracts with eight cargo ships: NYK Andromeda, NYK Antares, BBC Rosario, Polynesia, Mell Sudong, Warnow Chief, Mell Shepherd and Asian Sun, all traveling worldwide and carrying general cargo.

The contract ranges from four to 10 months depending on the agreement and request of the employer and seafarer but the standard is 10 months for ratings. During their two-month vacation they do not have salary, thus, he advises his fellows to invest wisely.

Magpantay works in a cargo ship. A cargo ship carries goods, materials and different merchandise from one port to another.

During his first trip, the route of his ship was from Asia to Europe. One voyage or complete route is ordinarily about two months during fine weather or if they do not encounter problems.

“There was one instance when we were sailing in the ocean for almost a month due to long voyage from Canada to Australia with a cargo of fertilizer. Then, there was a time that we needed to stay in anchorage at port Abidjan, Ivory Coast, for almost four months since the cargo cannot be discharged,” he shares.

As seafarers, they also have some fun on board. When they pass through the International Date Line or equator, there is a ceremony or party for first-time seafarers. Upon reaching the invisible line, a new mariner will hold the ship’s bell, put seawater on it and taste it.

“Every month, we celebrate on board. We have a barbecue party as a thanksgiving for the safe voyage,” he says. 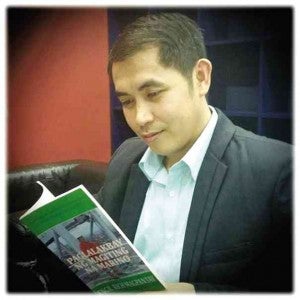 Magpantay has worked with different nationalities from Croatian, Romanian, Indian to Myanmarese, and also with Filipino captains and chief engineers. But mostly he works with ratings (comparable to rank-and-file) Filipino seafarers.

Since most of the time they are in the ship and work with other nationalities they have to learn and respect each other’s cultures. They also try to learn the languages of their mates. Discrimination, on the other hand, involves work-related issues.

“Other nationalities think that Filipinos are better only in the position or rank as ratings and not as officers and engineers. That is why we really work doubly hard to show how competent the Filipino seafarers are in performing our jobs as officers or engineers,” he says.

Traveling around the world, having a tax-free competitive salary with free accommodations and food, and learning different languages are the perks of being a seafarer when they are on shore.

The disadvantages include homesickness, oftentimes seasickness during typhoons and not being able to contact family members on certain times.

Even with Internet connection, there are times when homesickness is inevitable especially during important celebrations like birthdays, wedding anniversaries, Christmas and family reunions.

He says he just looks at the pictures of his family and watches their videos or uses satellite communication. He also reads books from Robert Kiyosaki, Bo Sanchez, Napoleon Hill and Jack Canfield, successful authors who inspired him to write online books.

“Working hard means doing all the necessary things that can be done today; and working smart is doing the things that we love every day. Being a seafarer means a lot of sacrifices so we must learn how to save, invest and grow our earnings in order to prepare for our early retirement and spend more precious time with our family and loved ones,” he says.