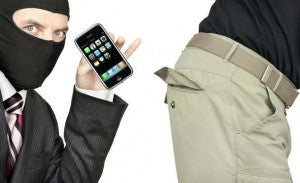 SB 962, sponsored by San Francisco District Attorney George Gascón and authored by State Senator Mark Leno, prompts every consumer to enable a kill switch during the initial setup of a new smart phone.

“For years consumers have been victimized because the wireless industry failed to safeguard its products.  Today that changes,” said District Attorney George Gascón.

“These companies had ample opportunity to implement this technology voluntarily, and on an opt-out basis,” Gascon said further.  Gascon commended Senator Leno, the Legislature and Gov. Jerry Brown “for standing up to the army of special interests that opposed this public safety solution.”

“Unfortunately, they responded to the surge in robberies with rhetoric, and when it became clear that the safety of their customers wasn’t driving their decision making it was evident that we needed to act.”

He also praised more than 300 members of the Secure Our Smartphones coalition, particularly Attorney General Eric Schneiderman and London Mayor Boris Johnson “who stood with us from the beginning.”

Gascon reported that there is already a worldwide reduction in smart phone robberies following the limited implementation of this technology.  “As this technology is implemented ubiquitously, and as older phones are slowly phased out, I expect this epidemic to become a thing of the past,” he explained.

“California has led the nation in protecting consumers against the epidemic of smart phone theft, and our efforts are already paying off,” said Senator Leno (Dem-San Francisco).

“Recent reports show that the incentive to steal smart phones, which had become a trigger for violent street crime in many of our largest cities, is rapidly dwindling.”

SB 962 was signed into law by Gov. Brown in August of last year. Since then, smart phone industry leaders have indicated that they would not sell California-specific phones, meaning most phones sold in the U.S. will meet the standards set by California law, which requires consumers to actively opt out of the theft-deterrent technology.