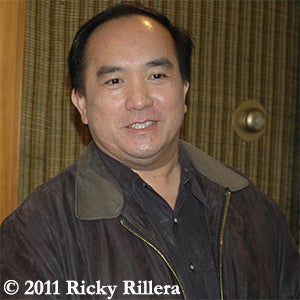 NEW YORK CITY — A former staff writer of a weekly newspaper based in Manhattan has filed a claim against the Filipino Reporter Enterprises Inc.,  Filipino Reporter, estate of Libertito Pelayo, Linda Pelayo and Joy Pelayo McCarthy.

Edmund Silvestre, Filipino Reporter’s former news editor, accused the named defendants with violations of the overtime provisions of the Fair Labor Standards Act and the New York State Labor Law; fraud; breach of fiduciary duties; promissory estoppel; and breach of contract, according to a court document obtained by the Philippine Daily Mirror.

An amended complaint against the defendants was filed on June 11, 2015 with the U.S. District Court, Southern District of New York, referenced as Case 15 CV 4477.

“What is even more disturbing is that these allegations are being brought so soon after the death of Libertito Pelayo. We are still mourning his loss.”

Linda, the wife of deceased owner, chief executive officer and publisher Libertito (Bert) Pelayo, also said that they “intend to defend ourselves against this frivolous lawsuit and will also seek legal action against Mr. Silvestre.”

According to the complaint, Silvestre was hired as a full time employee upon approval of a non-immigrant H-1B visa petition obtained by the Filipino Reporter for him. He said that “employers seeking H-1B visas for foreign workers must pay no less than the prevailing wage for the relevant position to avoid displacing American workers with foreign workers at below-market wages.”

Silvestre alleged that the defendants represented to the U.S. Department of Labor (USDOL) and the U.S. Citizenship and Immigration Service (USCIS) that he would be paid “no less than $45,780.80 per year.”  During an adjustment of his immigration status in 2010, the same amount was allegedly represented by defendants to the USCIS and that he was a full time employee.

The complaint said he worked at least 50-60 hours per week during his employment. He was writing stories, answering the phone and helping with the production of the newspaper every week “including by proofreading copy, arranging the layout of the newspaper, and performing other production tasks at Mr. Pelayo’s direction.”

Beginning in 2010, Silvestre alleged that the defendants stopped paying his full compensation and continued to decrease his compensation and “often claimed they forgot to pay him until he asked.”  In his final year of employment, he alleged to have been paid only $19,700. He was “constructively discharged by the defendants’ failure to pay his wages” in November 2014.

Silvestre also said in his complaint that after he was discharged, he learned that the defendants had allegedly “engaged in a fraudulent scheme to reduce their tax liabilities” at his expense.  Instead of stating his employment status as an employee, Silvestre alleged that Joy Pelayo-McCarthy “prepared and filed plaintiff’s income tax returns as an independent contractor.”

“As a result,” Silvestre alleged, “the defendants avoided paying the employer’s share of payroll taxes and shifted that burden to plaintiff in the form of self-employment taxes.”  He claimed he was denied “unemployment benefits because the defendants had misclassified him as an independent contractor with federal and state taxation authorities.”

Pelayo-McCarthy is the daughter of Bert and Linda Pelayo.  According to Silvestre, she was employed by the Filipino Reporter as a manager and supervisor. In addition, Silvestre also claimed that Linda Pelayo “exercised managerial or supervisory responsibility for personnel decisions affecting plaintiff and other employees at Filipino Reporter, including assigning tasks to plaintiff, directing plaintiff to write a column in the newspaper under her by-line, and addressing work-related complaints of plaintiff and other employees.”

The complaint also alleged that defendants have hired employees and that the “enterprise has had an annual gross volume of sales made or business done in an amount not less than $500,000.”

Silvestre and his lawyer have not responded to Philippine Daily Mirror’s request for further comment at this time. An initial conference between Silvestre and the defendants is scheduled in September.

The Filipino Reporter is one of New York City’s pioneering weekly newspapers serving the Filipino American community for more than four decades.  It was established in 1972 when martial law was declared in the Philippines by the late President Ferdinand Marcos.  Bert Pelayo has served as editor-in-chief until his demise in February of this year.